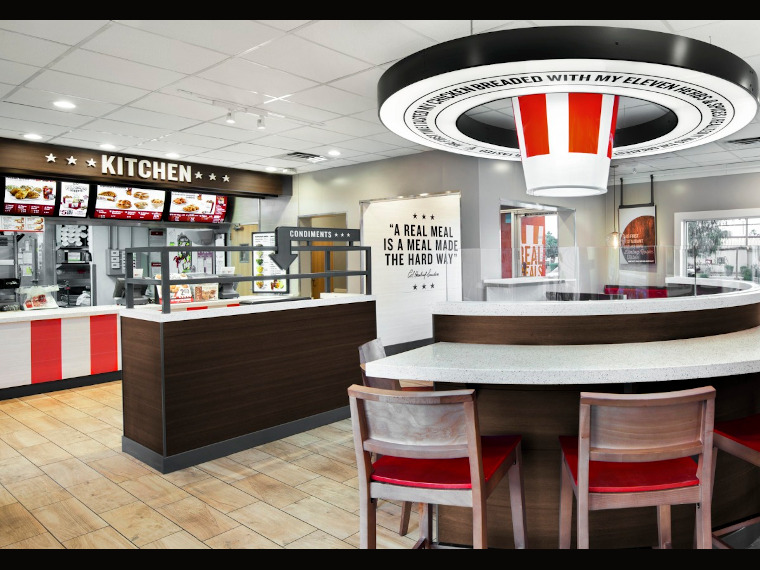 KBP Foods, one of the largest YUM! Brands franchisees in the country, today announced that it will open it’s newly rebuilt Kentucky Fried Chicken restaurant located at 1765 South Dort Highway in Flint, Michigan. It is scheduled to reopen on February 2, with a grand re-opening celebration to follow that day. The grand reopening event will begin with a Colonel tie ribbon-cutting and will include a “free chicken for a year” coupon giveaway to the first 50 customers and more.

“Our restaurant staff has been preparing diligently for the store opening, and we look forward to welcoming the community to their new KFC next week,” Smelt addeed.

The restaurant will feature KFC’s signature American Showman design aesthetic, which includes many elements that pay tribute to KFC Founder Colonel Harland Sanders and the
brand’s heritage, including its signature red and white stripes.

Some key elements of the American Showman design that will be featured in the new restaurant include:
• Photos of Colonel Sanders, the “Original Celebrity Chef,” showcasing his travels around the world and encounters with other celebrities.
• A signature bucket chandelier, which is the centerpiece of the restaurant’s dining area.
• A chalkboard on the front counter listing the name of the cook and the U.S. farm that supplied the chicken being freshly prepared in the restaurant that day.
Founded by Colonel Harland Sanders, KFC specializes in Original Recipe®, Extra Crispy™ and
Extra Crispy™ Tenders, Hot Wings™, KFC Famous Bowls®, Pot Pies, freshly hand prepared chicken sandwiches, biscuits and homestyle side items.
KFC remains true to the Colonel’s recipe and commitment to quality using chickens raised on
U.S. farms, free of added hormones and steroids and freshly prepared in restaurants all day every day by trained cooks. 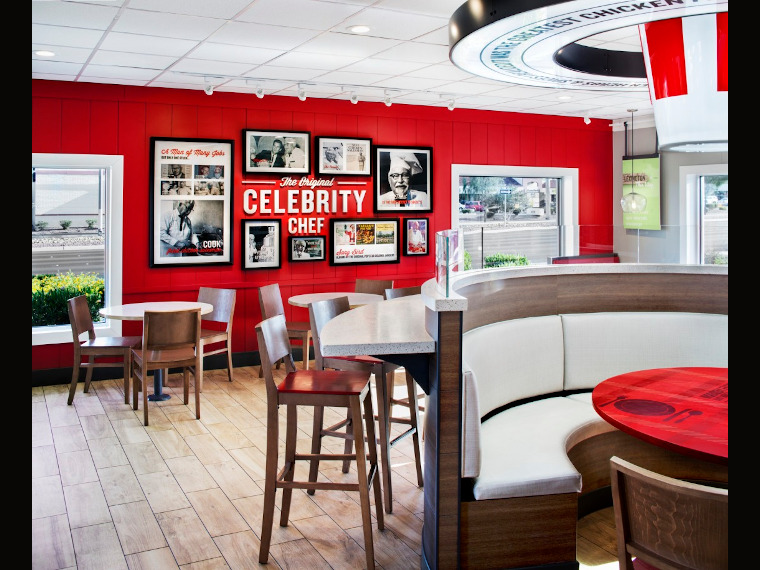