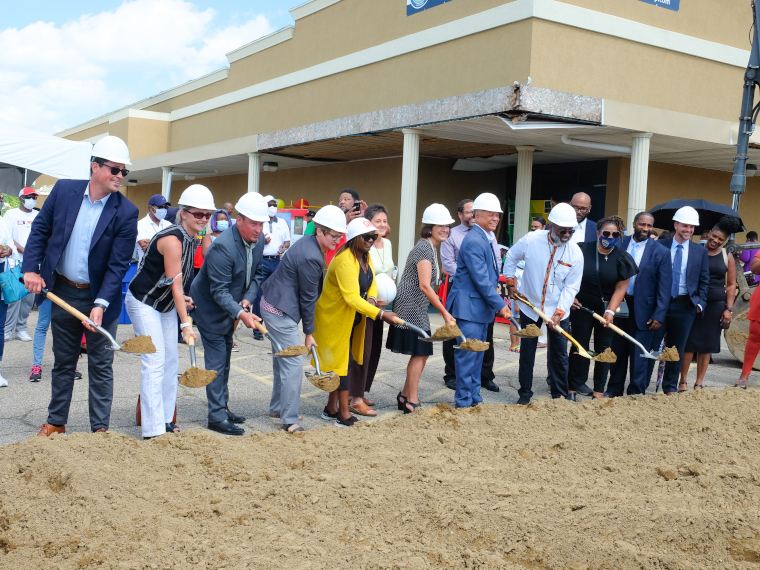 “Today is a day of us reclaiming our local economy,” said Bob Brown, vice chairman of the North Flint Food Market Board of Directors.

In loving memory of her father, Betty Massey read a letter written by Peathon Massey at age 93, before he died. Along with enclosing a check for $250 for the North Flint Reinvestment Group, Peathon Massey said in the letter his prayer was to be able to walk down the aisles pushing a grocery cart upon completion.

Mayor Sheldon Neeley said he remembered when the corridor on which the market is to be located had a lot of economic life and called the groundbreaking a “signal of hope.”

1st Ward Councilman Eric Mays said he’d been watching and listening for the food market project a long time and that he is glad it is to be located in the 1st Ward.

Congressman Dan Kildee said soon, before the federal budget was finished, there would be another partner added to the incredible list of partners. He said he was able to get in the House of Representatives budget $650,000.

“We’ve gone through some dark days,” Senator Jim Ananich said. “We have great days ahead if we support each other.”

Project funders then had remarks. Ridgway White, president and CEO of the Charles Stewart Mott Foundation, said the CS Mott Foundation was pleased to grant $1.5 million and said when the foundation commits to a project, they’re in it for the long haul. According to Vice President of Community Impact of the Community Foundation of Greater Flint Sue Peters, the foundation awarded a $500,000 grant through the Flint Kids’ Fund for the project because they understood nutrition is a key way to help children recover from the Flint Water Crisis. Raquel Thueme, president of the Ruth Mott Foundation, said their support was part of their commitment to racial equity and their shift in focus towards north Flint. Juan Zuniga, senior program officer for LISC Flint-Local Initiatives Support Corporation, said the corporation was proud to support the project not only with HUD Section 4 dollars, but with the biggest project investments for the city of Flint and one of the biggest in the nation from LISC New York for $400,000.Tyler Rossmaessler, executive director of the Flint & Genesee Economic Alliance, which is a division of the Flint & Genesee Genesee Group, said it was the character of the community that brought hope. Quentin Messer, Jr., CEO of MI Economic Development Corporation (MEDC) talked about a $1.2 million investment MEDC made. 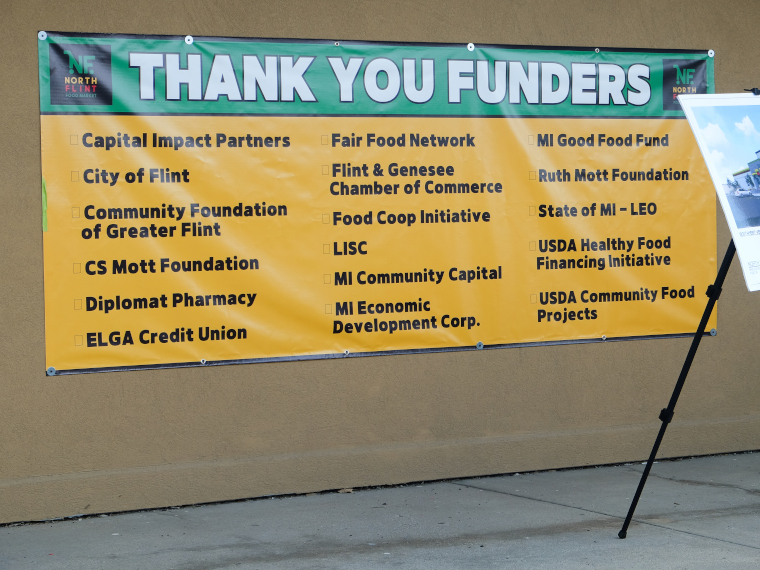 CEO of the North Flint Reinvestment Corporation (NFRC) Dr. Reginald Flynn said there had been low points when he wanted to give up, but he thanked all who made the groundbreaking possible.

Northbound I-75 to westbound I-69 opened up