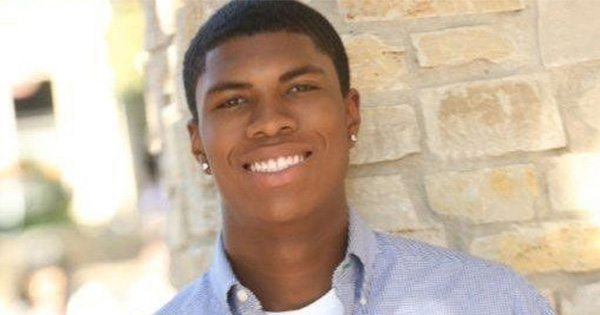 Greece — A court in Greece has decided not to charge nine men with murder after they attacked and brutally killed Bakari Henderson, a 22-year old African-American who was on vacation on a Greek Island. Instead, they were convicted of assault charges only, which greatly disappointed his grieving parents.

According to recent reports, six men were convicted of various assault charges in connection to the death of Henderson from a fight incident that happened at a local bar. A recent business graduate from the University of Arizona, Henderson was on vacation in the area and was also planning to shoot a promotional video for his own line of apparel.

On a sad night in July 2017, Henderson was at a bar, taking a selfie with a Greek woman bartender, when he was confronted by a group of angry men. The bartender told investigators that after posing for a picture with Henderson, a man nearby said, “There are a lot of Serbs in the bar. Why are you talking to a Black guy?” After that, the man hit Henderson in the face. Henderson defended himself by hitting back.

The fight continued outside, where a mob of at least 9 men chased and attacked him, which led to his death within just 30 seconds.

Although six men have been convicted of assault charges and sentenced to 5 to 15 years imprisonment, the verdict was still a blow to Henderson’s family who had expected for murder convictions. The rulings have been appealed by a Greek prosecutor.

His father, Phil Henderson, told CBS News after the sentencing that he “can’t understand, a man’s life here in Greece doesn’t mean anything.”

“You should not be able to chase a man down and beat him to death and not go to jail,” his wife, Jill Henderson, tearfully said.

Henderson’s parents believe that race may have been a factor in the death of their son.

“His face was bruised and swollen,” his mother said, “to the point where we put sunglasses on him when we buried him.”

Nine defendants have been on trial, including seven Serbian nationals, one Greek, and a Brit of Serbian origin. Three of them were exonerated and they all claimed that they did not intend to kill Henderson.

Meanwhile, the defendants were reportedly seen smiling, hugging, and exchanging high-fives after their verdicts have been read.