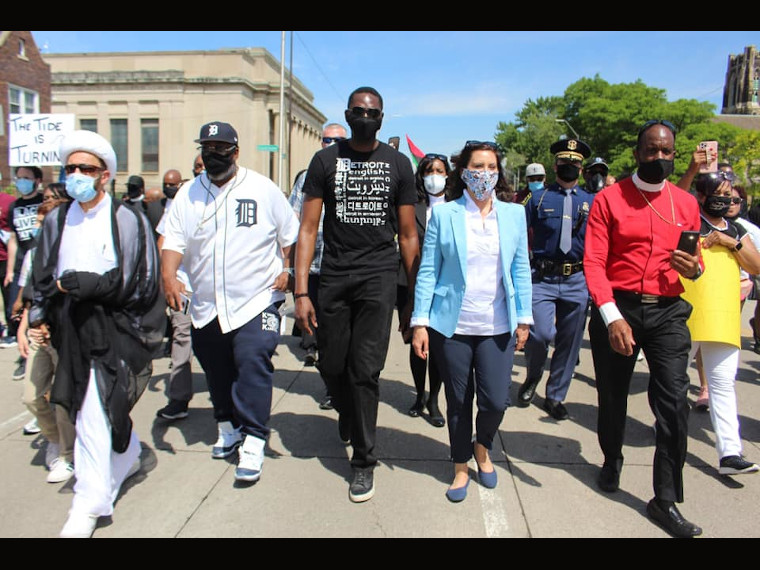 On June 29, Governor Gretchen Whitmer proposed additional police reform policies to help strengthen police-community relations and ensure that all Michiganders are treated with dignity and respect under the law. The four-pronged plan, which was developed in partnership with community leaders and law enforcement organizations, will make significant reforms in policy, personnel, participation and community engagement and prevention and accountability to address racial disparities in how law enforcement is applied toward communities of color.

Over the last several weeks, the governor added four seats to The Michigan Commission on Law Enforcement Standards (MCOLES), including the director of the Michigan Department of Civil Rights, to bring more community voices to the table as the commission considers police reforms for our state. The governor also requested that MCOLES provide guidance to law enforcement agencies on continuing education that will help officers keep up with the ever-changing landscape of new laws and issues facing the community, including diversity and implicit bias training.

Additionally, the governor has encouraged police departments to participate in efforts that are underway on comprehensive reporting on the use of force by police departments and urged law enforcement agencies to implement duty to intervene policies.

“All Michiganders, no matter their community or the color of their skin, deserve equal treatment under the law,” Whitmer said. “This proposal will help us ensure that law enforcement officials treat all Michiganders with humanity and respect, and will help us keep our communities safe. I will continue working with leaders in law enforcement to make public safety more just and equitable in Michigan.”

“People across Michigan have been calling for changes to police practices, and these actions are clear steps in the direction of needed reform,” Lt. Governor Gilchrist said.

“These reforms will help us build a more just and equitable law enforcement system and ensure the safety of Black Michiganders across the state,” Gilchrist added.

The governor proposed the following reforms:

PERSONNEL: The Whitmer Administration will work with leaders in law enforcement to make the following reforms to build a more empathetic police force:

PARTNERSHIP/COMMUNITY ENGAGEMENT: The Whitmer Administration will promote the following community engagement strategies to strengthen trust between police officers and the communities they serve:

PREVENTION AND ACCOUNTABILITY: The Whitmer Administration will support legislation that makes the following reforms to improve transparency and accountability in investigations:

“The MLBC stands with Gov. Whitmer, Lt. Gov. Gilchrist and the administration on this next step in addressing the issues of police brutality and accountability,” said Senator Marshall Bullock, Chairman of the Michigan Legislative Black Caucus.

As members of the Senate and House, we continue to work on bicameral legislation to place these and other reforms into statute and look forward to continued collaboration with her, the community and the departments,” Bullock added.