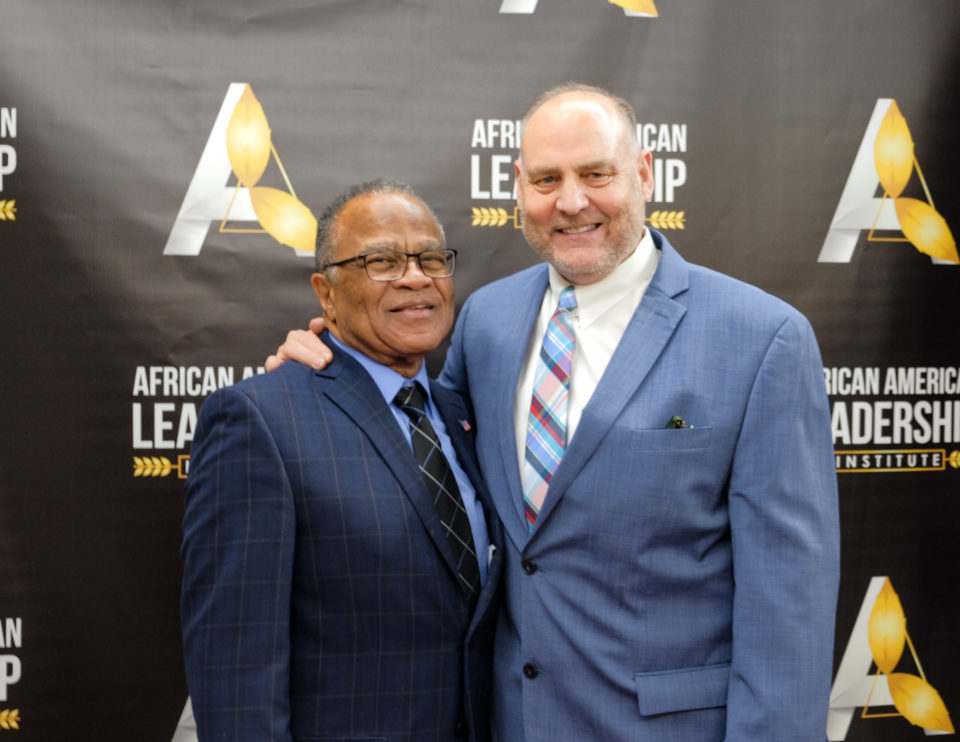 This year’s elegant event was Friday, February 22 at the Charles H. Wright Museum of African American History in Detroit.

Mr. John Gleason, the Genesee County Clerk/Register, was nominated by Mr. Joe Massey of Grand Blanc for the Viola Liuzzo Award.  This award is for a leader of non-African American descent who exemplifies commitment to social justice, equality and effective use of influence for social and political change in the African American Community.

In response to political advice from Gleason, Massey was the first African American in the history of Grand Blanc Township to win placement on the Grand Blanc Township Board of Trustees in 2016. This was a notable accomplishment as Grand Blanc had a constituency of 37,508 people, 81percent of which were white at the time.

Gleason has used his political savvy to advise and support many local African American candidates for judgeship, county commissioners and city councilmen in Michigan. As Genesee County Clerk, Gleason ensures the integrity of voting in the City of Flint, a predominately African American city.  He is a constant presence in most of the city’s African American events.  He not only respects the African American vote but also respects and supports their community outreach initiatives.

The awards are produced by veteran political strategist Al Williams, the founder and president of the African American Leadership Institute.

Proceeds from the event benefit Best for Vets (www.BestforVets.org), a 501(c)(3) non-profit organization that focuses on bettering the lives of U.S military veterans.

The event was sponsored by the Michigan Legislative Black Caucus, Greektown Casino, and PNC Bank.

For more information on the organization or awards event, contact African American Leadership at (313) 420-9345 or email Leadership@miblackleader.com.