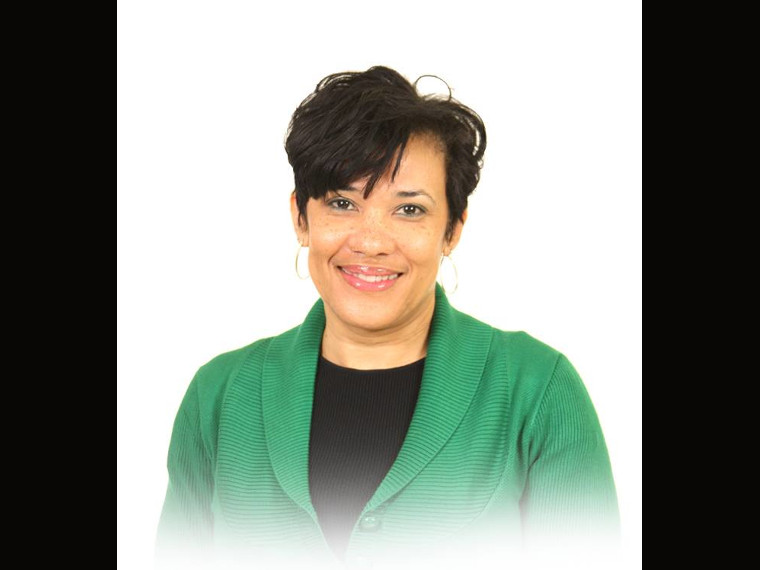 Karen Weaver, PhD and former Flint mayor, has participated in so many protests and walks regarding the city’s water crisis settlement, she has lost count of the number of them. Still, she said she will continue to speak out along with many others because she feels water is a basic human right.

In Weaver’s opinion, Flint very different than other places that have issues with clean, affordable water and aging infrastructure. She said what happened in Flint was systemic racism.

Weaver asked if one is not willing to fight for their home, what would they fight for?

“If you’re not willing to stand up for something as important as your home; your city, I don’t know what else will get you.”

Weaver sees potential and promise for the city of Flint. Therefore, she said she will not stop fighting for Flint whether she is mayor or not. She said she made a commitment to be a voice for Flint not because she was mayor, but because it’s important to her.

“I remember growing up in Flint, and Flint was viewed in a totally different light as far as if you looked at General Motors was employing 80,000 people at that time. So, most people in Flint had good-paying jobs. Our school system was one of the best in the country. We were being highlighted all around the country because of our community school system. While you can never go back to what was-still, when you go back-you know what can be.”

One thing Weaver has said repeatedly is ‘our voices are power.’

“Whether it’s about poisoned water or a terrible, slap-in-the-face settlement, I’m going to use my voice as well because I’ve been saying that’s a result of systemic racism as well; the amount of the settlement.”

Weaver pointed out this is a generation that has been negatively impacted by the water crisis, and Flint has some kids that will never reach their full potential as a result of being poisoned by the water-whether it was the lead, bacteria or other substances in the water.

By profession, Weaver is a child psychologist. So, she said being a voice and advocating for children has always been something she has done-even before she was mayor.

Weaver said the people of Flint could never get any amount of money that would be what is deserved. She has said there is no cost you can put on the human cost of this.

“It’s easy to put a price on pipes and infrastructure and appliances and all of those kinds of things. But, the human cost is something we will never know.”

In meetings with former governor, Rick Synder, Weaver said a starting point for the settlement would be $1.5 billion.

“If you want to start some place that shows us that you care; that shows you’re trying to right a wrong, that’s a good starting point…but not $600 million, which is actually $400 million (when you) minus attorney fees.”

Weaver has pointed out Michigan State reached a $500 million settlement for between 330-340 people. Though she said it may not have been enough, she said the money Flint residents would get under the settlement would have to be split between 80,000-100,000 people.

“That math doesn’t add up. That math doesn’t make sense, and that amount is an injustice. Then, when you look at everything you need to do to prove that something happened to you; that you were negatively impacted. Other than death, you have to have all these documentations.”

Weaver has been advocating for those affected by the water crisis to have health insurance that follows them wherever they go.

Weaver pointed out Flint residents have lost limbs, and people with chronic illnesses have had worse outcomes as a result of drinking the water. In addition, she said it is a problem that our immune systems have been compromised as a result of the water, especially during the COVID-19 pandemic.

Weaver also has been advocating that kids who drank Flint water should have access to free college-at least within the state of Michigan, similarly to the Kalamazoo Promise program.

Weaver is also asking grocery stores carrying fresh produce be put in Flint neighborhoods without them to combat lead poisoning.

“We had started putting different playgrounds in parks in our community (when I was in office) because we know exercise mitigates the effects of the lead…These are things that are owed to us. We need the in-home plumbing and fixtures and appliances, and we shouldn’t have to pay for these things when they were damaged as a result of people not thinking we were worth $100 to pay for corrosion control….(And) that’s not all we deserve. We deserve people-and I hear that it’s going to happen-to be held criminally responsible for the crime that took place in poisoning this community.”

Courtney Covington; spokesperson for the Michigan Department of Attorney General told the Flint Courier News the Flint Water Prosecution Team is still working diligently and is hoping to have an announcement about the criminal investigation in the first quarter of 2021.

“It’s been an ongoing investigation for quite some time,” Covington said. “I can’t really get into details, but they definitely plan to announce the status of the investigation, their findings, etcetera in the first quarter.”

She is expecting to be able to share more soon.

Weaver, along with Jameca Patrick-Singleton, hosts the TV show “Black Money Matters” to talk about economic opportunity and empowerment. Weaver said health disparities are also tied to economics, socio-economic status and access to adequate health care, as well as other critical matters.

Weaver said she appreciates those who have been working on the ground with her, such as Councilman Eric Mays, Councilwoman Jerri Winfrey-Carter and the Black Millennials 4 Flint. She said the advocates have not stopped fighting and are not going to.

“At this most pivotal time, I am asking that you join me in calling for full #Justice4Flint,” Weaver said in her recent open letter.

“You can contact our attorney general, Attorney Dana Nessel, by phone at 517- 335-7622 or email at miag@michigan.gov, and let her know that you support her in fighting for full #Justice4Flint,” Weaver added. “You can simply add the following hashtags, produced by Black Millennials for Flint, to your social media post: #FlintSaysNo, #FlintWaterCrisis and/or #WhatHappenedToFlint.