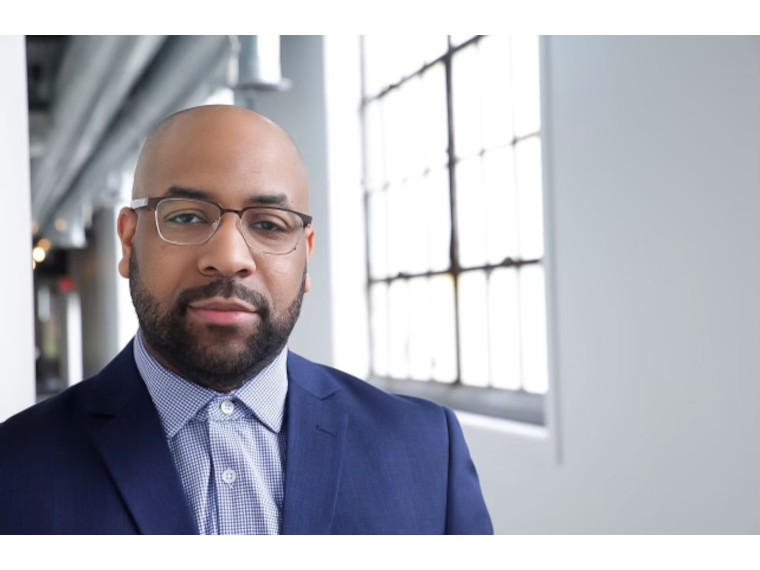 “Having lived and worked in Flint in the nonprofit space and in the government space, I felt like entering the field of philanthropy would be a good complement, kind of bringing to bear a blended and unique set of experiences across nonprofit and government and then also philanthropy,” he said. “When given the opportunity to serve at the Skillman Foundation I kind of had three focuses.”

Secondly, he was hoping to bring courageous leadership: positioning all efforts from a place of justice, not simply charity.

Lastly, he was hoping to bring with him a skill in strategic grantmaking: leveraging and deploying capital into communities thar really deserve resources so they can work to improve outcomes, improve narratives and change capacity.

McGhee joined the Skillman Foundation 7 ½ years ago as a program officer, and slowly but surely matriculated to program director-and then from there was promoted to vice president of organizational excellence. While at the Skillman Foundation, McGhee was responsible for organizational performance management, as well as leading the foundation through two three-year strategic planning cycles. He redesigned the foundation’s values for the first time in 20 years, and was a grant maker, managing and providing oversight for nearly $30 million in grants to local and national organizations. In this capacity, he played an instrumental role in the local implementation of national programs in Detroit, such as NBA Math Hoops, Project Act and Operation HOPE. He also played a role in several community initiatives.

In his new role as chief strategy and program officer, McGhee hopes to honor and advance the Schultz Family Foundation’s mission to create greater opportunity and accessible to all.

“This is a newly created role,” McGhee explained. “The foundation was founded by Howard and Sheri Shultz. They’ve been committed to serving the most vulnerable among us for more than 25 years. They aim to lift the human spirit and bring possibility to everyone. I just think that their holistic approach to affecting change is something that really resonates with me, regardless of race, religion, sexual orientation, gender, but, most importantly, regardless of station in life.”

The Schultz Family Foundation prioritizes common bonds and strengthening democracy, helping young people transition into adulthood and focuses on veterans and those who have served the country, according to McGhee.

McGhee, a graduate of Flint Community Schools, says his ties to Flint make him more passionate about the work he does.

“Flint is home,” he stated. “Flint is the place that reared me, made me and in many respects, to be perfectly honest, is the place I love. I’m a firm believer that any fruit is determined by the root. No matter what I do or where I go, I’m always rooted in the spirit of my hometown.”

McGhee is confident that although his new role has required he and his immediate family to move to Seattle, the mission work will spread throughout the country.

June 1 homicide in Flint being investigated