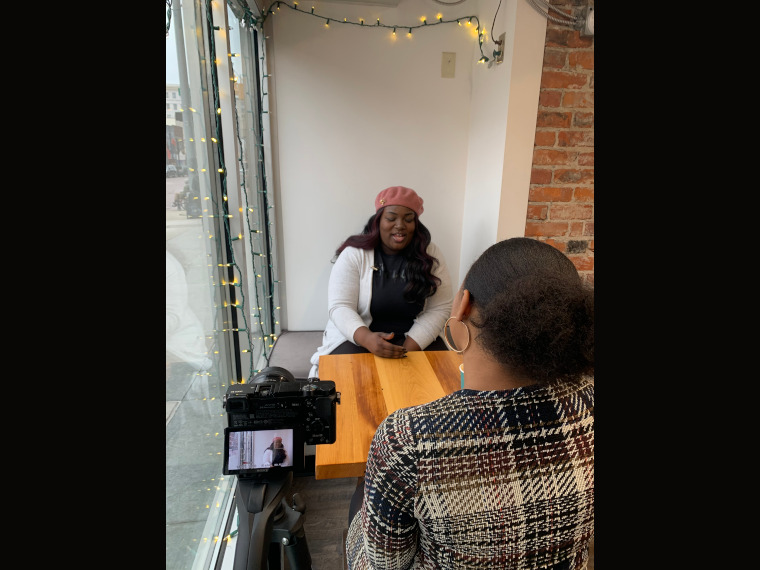 Ashley Hamilton, founder and CEO of Prism Lacquers got the idea for her novel nail polish brand based in Flint in May of 2019. She started getting everything established for her brand at that time. Unfortunately, Hamilton had no way of knowing that shortly after she’d established the brand the pandemic would hit. Waiting for the perfect time-she realized the perfect time would never come.

“We wanted to have a spring/summer launch for this year, but coronavirus definitely negatively impacted that timeline,” she said. “So, we weren’t able to launch until last month. We had to go back to the drawing board on the colors. The spring/summer colors we were planning to offer differ widely from shades people would be interested in buying in the fall and winter. We had to rethink the colors we had chosen to reflect more of a fall and winter palette. We were able to persevere, thank goodness, and finally launch.”

Hamilton said Flint is “everything” to her. She was born and raised in Flint. She is currently living in Washington, D.C. and works for the U.S. Agency for International Development (USAID). She just finished graduate school and attended Georgetown University.

Each color in her nail polish collection was given a name based on some unique element of Flint: Flintstone, Fli-City, 810, Advocutie, Bedrock, Entrepreneu(her), Trendsetter and Downtown.

“I travel a lot now, and unfortunately I don’t reside in the city anymore… but I still have really close ties to the city with family and friends that still live there,” Hamilton said. “With all the places I’ve been, it’s one place that still remains heavily on my heart.”

Hamilton feels people see a lot of negativity in the news, which tends to catch people’s attention.

“I was going all these different places and everything I would always read about the city or hear about the city on the news-was negative. Part of my inspiration for naming this collection for Flint was to kind of elevate the city-and to raise the standard-and to do what I could to contribute to the positive things happening in the city. For this collection specifically we’re using our platform to highlight the positive aspects of the city.”

Hamilton wanted to have an in-person launch party for the new collection and invite the four women featured in a mini documentary on the website but has been unable to. Hamilton wanted to focus on the great things happening and Flint and who is making them happen.

Featured were Tracy Palmer; founder of Trendsetter Productions and Fashion Against Bullying, Natasha Thomas-Jackson; social justice activist and co-founder of RAISE IT UP, Ebonie Gipson; CEO of I’m Building Something Consulting and founder of Flint Small Business Saturday and Chia Morgan; founder of Well of Hope and Blessed to be a Blessing benefit.

“They all have such important missions. They really are elevating the city with the work they do and the life they bring. So, it was really important to me to be able to contribute to some of the positive things happening by way of elevating the stories and the voices of people doing great work on the ground.”

Hamilton gave a special ‘thank you’ her photographer and videographer, Ryen Cooper, for making the mini documentary possible, along with the women who volunteered their time for it.

Each collection of Hamilton’s product will have a unique focus. Hamilton said a lot of cosmetic products marketed for women of color tend to be full of toxins. Her product is cruelty free (not tested on animals), non-toxic and vegan. It is free from 11 common toxins found in cosmetics, such as parabens and formaldehyde. Beyond the health of product users, she wanted to consider the health of the planet. The next line will be dedicated to climate change. For details, visit www.shopprismbeauty.com, or visit @PrismLacquers on Facebook, Instagram and Twitter.