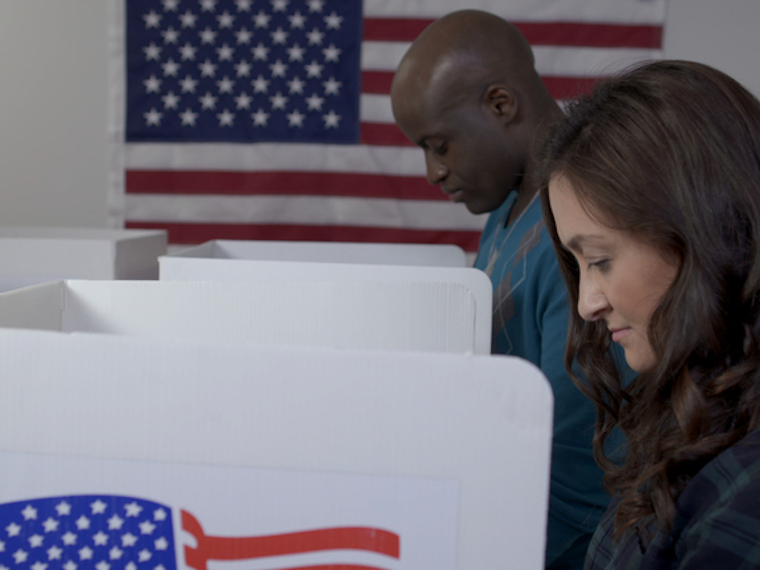 The city would like all 75,000 registered voters in the city of Flint to know they have the opportunity to either cast an absentee ballot or vote at their respective precinct on Election Day with their identification, according to Inez Brown;  Flint city clerk.

“As far as (predicting) the turnout, we can only base that off what we’ve seen in the past during presidential elections,” she said.

In Flint, there were 9,300 absentee ballots cast for the primary election in election.

“I could see the number of absentee ballots doubling-or possibly tripling for the general election,” Brown said.

Starting in 2018, all registered voters have been able to vote early through absentee voting, if desired.

“This is the first time that the new law proposal has been in effect during a presidential election.”

Up to November 2 at 4 p.m., residents can vote absentee over the counter. Applications will be available up until that time at the clerk’s office, as well.

Brown believes whatever happens in this election with respect to the absentee ballots can serve as a stepping stone or can help measure what will happen concerning absentee ballots in future elections.

The absentee ballots cannot be opened until Election Day.

“When an absentee ballot comes back in we still have to check it to be sure on the envelope where the person has signed. We have to go into a qualified voter file to see that person’s signature.”

According to Michigan.gov, for more than a year, Secretary of State Jocelyn Benson has called on the legislature to allow clerks to process absentee ballots before Election Day, as is done in at least 18 other states. The site notes the Bipartisan Policy Center recommends clerks start processing absentee ballots at least seven days before Election Day. Processing refers to signature verification and other activities that officials perform in preparation for the ballots to be counted.

“Anything that could be done legislatively in a fair-minded way to expedite the process so that people will know the outcome of the vote in a more readily fashion would be helpful.”

“We recognize that there is a national problem, but our local postal system is very good and cooperative with us,” she said.

Brown said the number of people who will vote in person will likely depend on the weather and how people are feeling about the pandemic on Election Day. There are 61 precincts in the city of Flint and 26 polling locations. Anyone who is not sure where they should go for in-person voting should call the Flint City Clerk’s Office for help.

According to Brown, naturally, there are staff, part-time workers and others who are trained to work during elections.

“But everybody has to remain abreast of the law as it relates to what governs the election.”

Currently, Brown has 20 individuals that will help her in that regard and close to 400 election inspectors who work in the field at the various precincts.

“They too will be retraining for the election.”

Election inspectors must be registered voters in Michigan, 18 years of age or older and be willing to assist in the role. Leaders in each precinct go through additional chairperson training.