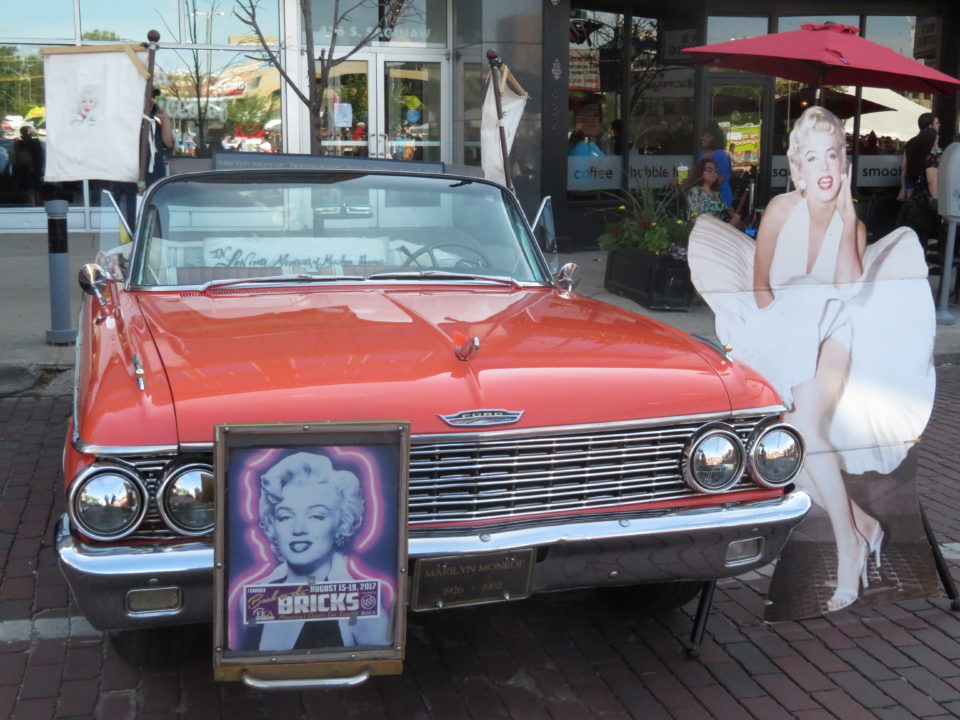 For 15 consecutive years, the city of Flint has hosted the annual Back to the Bricks classic car event.  For some, the annual affair is equivalent to a slice of heaven on earth as enthusiasts, both young and old, ooh and ahh over some of the best autos from ‘back in the day’. Thousands strolled down the bricks on Flint’s historic Saginaw Street admiring vehicles that came from all around the country.

For the first time, the festivities began on a Monday, Aug. 12 at the Lapeer Dragway as spectators revved up to see “bracket racing” and a burnout contest.

The six-day extravaganza continued with Brick Flicks, a family-oriented party at the US-23 Drive-Theatre on Fenton Road. The featured film was American Graffiti, a 1973 coming of age story.

The Rolling Cruise continued on Thursday, Aug. 15 where DJ’s and local bands performed at the corner of Saginaw Street and Fifth Avenue. The Back to the Bricks Swap was held at Kirkridge Presbyterian Church on South Saginaw Street. Patrons were able to purchase items from vendors.

“This car is a beauty,” said Bridgeport resident Renee Aloyo, whose 1962 persimmon colored Ford Galaxie 500 was decked out in a Marilyn Monroe theme and decorated with flags and a signed poster.  “I’m proud this car has the original motor and transmission,” said Aloyo who beamed with pride.

Friday’s “Cruise-n-Concert” free annual outdoor event was held at the Riverfront in the center of downtown Flint. The Saginaw Street bricks were filled with concert goers with lawn chairs in front of the Water Street Pavilion, for a nice evening of family, friendly entertainment. A Chicago tribute band “Old Days” entertained the crowd. The anticipated headliner was the Beach Boys tribute band, “Surf’s Up.”

The grand finale saw the streets filling up as early as 7 a.m. Saturday morning under beautiful skies to enjoy cars, good food, music, and camaraderie one last time.

Al Hatch, chairperson and founder of Back to the Bricks is stepping down after 15 years.

Hatch does expect to be involved on some level but behind the scenes.