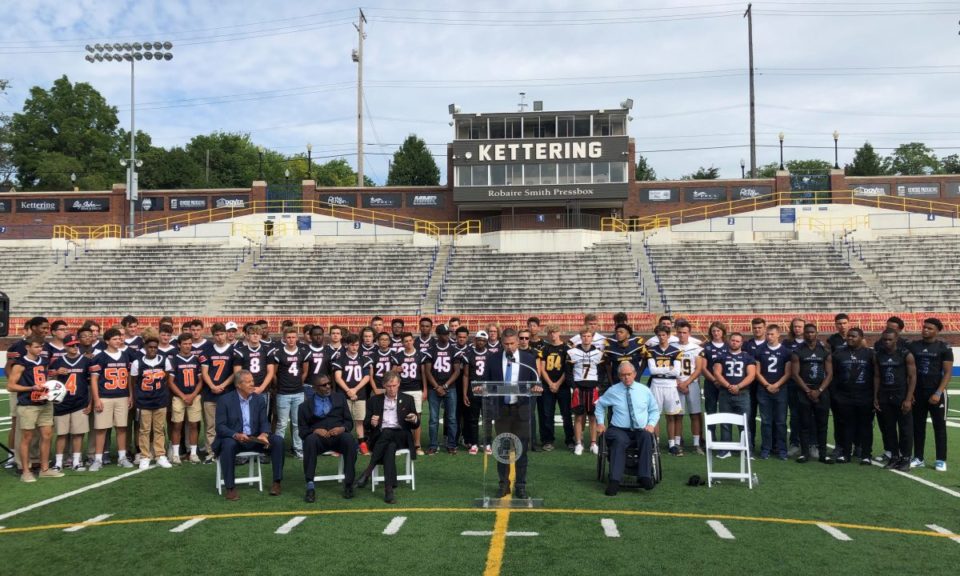 The teams and players competing in this year’s Vehicle City Gridiron Classic have been announced.  The idea for an inaugural set of games to start the high school football season was introduced by Genesee County Circuit Judge Duncan Beagle, who saw similar events held in other communities. The classic was then organized by the Vehicle City Sports Committee, with support for the 2019 event from the Al Serra Auto Plaza, Hurley Medical Center, Dort Federal Credit Union and the Flint & Genesee Chamber of Commerce in partnership with Kettering University and each of the participating school districts.

A news conference was held Tuesday, Aug. 13 at Atwood Stadium to introduce the teams and some of the players competing in this year’s classic. The match-ups are:

Tickets are $7, which includes admission to both games on one day. Parking is $5.

Fifteenth Annual Back to the Bricks Is A Rolling Success