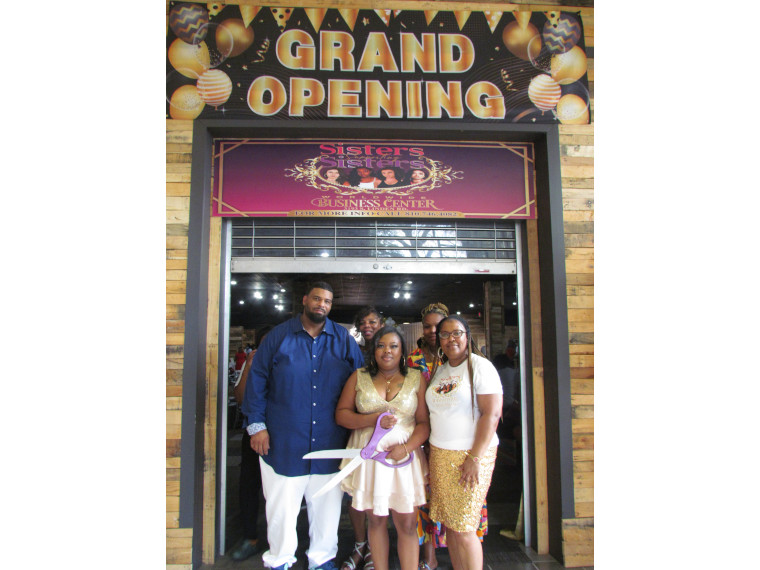 Thompson explained her inspiration to start the organization, which actually began as a Facebook group.

“I went to Colorado and my cousin was an army wife,” Thompson said. “I asked her how she connected with friends, and she said ‘through a Facebook group.’ So, I said it would be cool if Flint had a group where we could connect with each other, go out to eat, go bowling and just get along. It transpired just from that.”

The group initially had monthly get-togethers, which included bonfires, going to the movies and possibly most importantly, the building of “life long friendships.”

Within a month, the group grew to have 15,000 members. It now has 23.7 thousand women, according to Thompson.

“Women have a lot of needs and a lot of times resources are weeks out,” she explained. “So, we’ve been able to meet needs coming together as a community. When someone is in need we can help them immediately versus having to wait until the other aid kicks in.”

Although sellers pay a $2 monthly fee to be able to have posts published advertising their products or services in the Facebook group, Thompson said membership itself to Sisters Supporting Sisters is free.

Thompson has been a member of Kingdom of Heaven Church since she was a toddler.

“They’re always there when I need them. They’re my spiritual upbringing.”

Pastor Lonnie Brown of Kingdom of Heaven said he felt this was incredible.

“I’m extremely humbled to hear her say that,” he added. “That means more to me than probably she knows-that one person can touch a person’s life at such an early age and see this thing blossom to something like this.”

Thompson also credits her cousin, OnDante Lott, for “always being there for her,” even at a time she felt discouraged. Lott now acts as vice president of the Sisters Supporting Sisters.

Fast forward to the grand opening, 30 vendors were able to showcase their business and sell products or services.

“With all of you I know that our Michigan future is bright,” Whitmer stated.

One of Sisters Supporting Sisters’ nonprofit arms received $7,000 in Recast grant dollars from the City of Flint for Heal the Mind therapy sessions for women and teen girls at the Flint Development Center.

Mayor Sheldon Neeley said supporting Sisters Supporting Sisters is a very important issue for those in the city of Flint. He pointed out many of the vendors there for the grand opening were Flint residents.

“We want to make sure we show a level of support for the city,” he added. “This city is supported many different ways, mostly by economic growth and movement. Business is about making dollars. We’re not only supporting the spirit, supporting with words, but we’re actually spending money to support them on that effort as well.”

“As a community, we can build, uplift and grow together,” she stated. “As a minority group, we face more obstacles, and if we support each other, we can overcome more of the obstacles we face.”

Thompson, who said she was excited about how the grand opening went, told the Courier she is not sure of her ultimate goal for Sisters Supporting Sisters.

She said: “I’m just going where God leads me.”

Job Corps at a glance