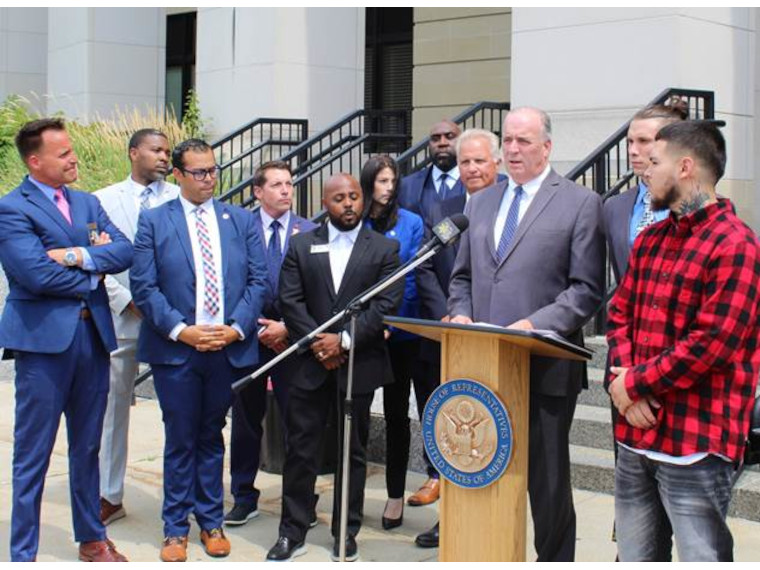 “I want to thank Congressman Dan Kildee and his staff for their strong efforts in securing federal funding for the proposed Genesee County Justice Partnership for Reform,” said David Leyton, Genesee County prosecutor.

“This funding will allow us to provide reform to the local justice system through a restorative justice model which will help bring true justice to victims, reduce recidivism among offenders, address generational incarceration issues and help offenders get on the right track in life and become productive citizens,” Leyton added.

“When you’re serious about fixing a broken system, give the people HOPE and a sense of value and watch what happens!” said Chris Swanson, Sheriff of Genesee County.

“I want to thank Congressman Dan Kildee for securing this federal funding for IGNITE and his colleagues in the United States Congress for delivering that hope!” Swanson added. “They used the influence of their positions to pour into the forgotten and the sidelined. For that, this sheriff is forever grateful!”

“Congressman Kildee has continued to be a tireless advocate and fighter for Genesee County,” said Domonique Clemons, Chairman for the Genesee County Board of Commissioners. “We are excited for these multi-million-dollar investments into our community that will have a transformational impact and will pave the way toward building a brighter future for Genesee County.”

You can apply for Medicare online by Vonda Van Til, Social Security public affairs specialist

The Tire Project expands opportunity for north Flint and other residents