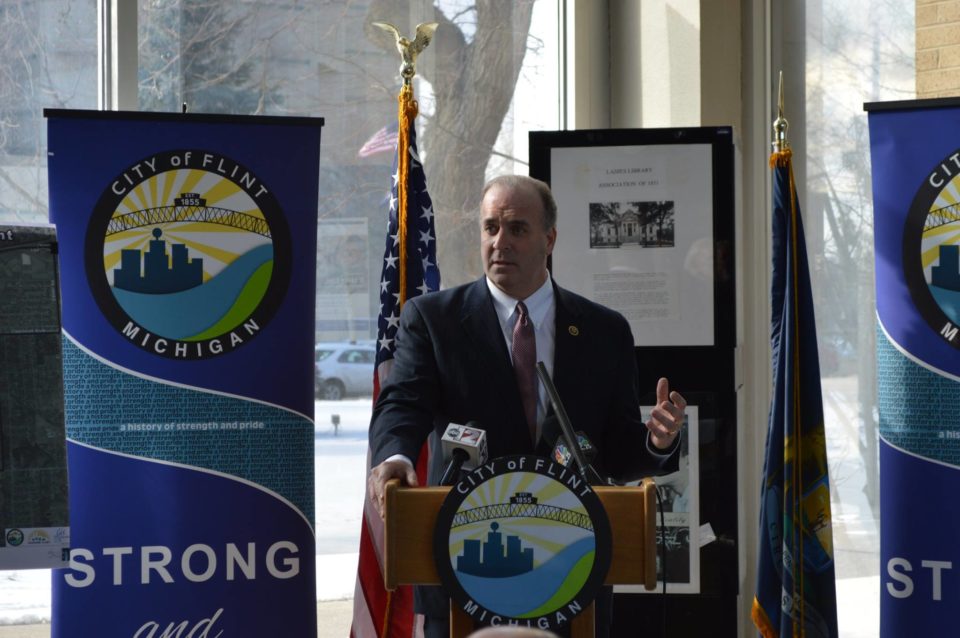 A recent telephone town hall discussion with Congressman Dan Kildee, Michigan Department of Health and Human Services and the Michigan Department of Labor and Economic Opportunity updated Michigan residents with the latest information concerning the coronavirus and explained recent action in Congress geared towards providing economic relief for workers, seniors and small businesses impacted by the virus’ rapid spread. It was the second town hall discussion Kildee posted over the past few weeks. Kildee said since the outbreak started he has been in close contact with Governor Gretchen Whitmer, the local health departments, the Michigan Department of Health and Human Services and President Donald Trump’s Coronavirus Task Force.

Congress has passed three emergency relief bills related to the coronavirus. The last one signed into law by Trump was the Coronavirus Aid Release and Economic Security Act (CARES Act); a $2 trillion emergency relief package. The bill includes direct payments to taxpayers who make up to $75,000 each (or $150,000 for a married couple filing jointly) before starting to phase out and ending altogether for those earning more than $99,000 per individual. It provides $1,200 per individual. Parents also receive an additional $500 per child age 17 or younger. Kildee further clarified who is eligible for payment.

He said those who have received a tax refund though direct deposit would likely receive their funds in the same manner, and everyone else who is eligible would receive a check.

A short form may need to be filled out by non taxpayers before they receive their payments.

Payments to people who do not have bank accounts could be delayed. The Associated Press reported that it obtained a copy of a government memo indicating that paper stimulus checks would be mailed out starting May 4, at a rate of about 5 million checks per week. At this rate, some people would not receive their stimulus checks until mid-August.

Treasury Secretary Steven Mnuchin  said people who do not have a bank account should continue look for the arrival of a web-based portal in which they can enter direct deposit information and prevent such delays at irs.gov/coronavirus.

The bill expands unemployment benefits. It expands unemployment terms by 13 weeks and includes a $600 weekly increase in benefit for up to four months. Benefits will be expanded for those who are self-employed, independent contractors and “gig” economy workers. These payments will not be offset by other debts.

“Small businesses can receive additional help from this legislation in the form of emergency loans and direct grants. The bill provides this support through community banks directly to small business, including loans that can be forgiven if a business keeps their workers on the payroll instead of laying them off,” Kildee said.

Big corporations, such as those within the airlines industry, may be eligible for loans through the Federal Reserve. This was an area of concern for Kildee, who said it was important to move the bill forward and said a compromise had to be reached. However, unlike small businesses, loans for  large corporations won’t be forgiven.

“They have to be paid back.”

The practice of stock buybacks must be banned with these loans. Also, the public must be aware of every company receiving a loan. The assistance would also have to go towards supporting the company’s workers.

Jeff Donofrio, Director of the Department of Labor and Economic Opportunity, which oversees the state unemployment insurance, explained the $600 per week Kildee discussed was in addition to the up to $362 a week given from the unemployment insurance agency. He also said individuals would now be eligible for up to 39 weeks of benefits.

“Within the last year if you had unemployment expire, you’re eligible for more weeks, as well,” Donofrio said.

The $600 will automatically be included in checks as soon as the federal government will allow. Those who have registered already do not need to go back into the system. Every benefit of the CARES Act will be automatically applied, which those who are eligible can expect the week of April 6, according to Donofrio.

To apply, Donofrio said go to michigan.gov/uia. Last names beginning with a-l can apply Monday, Wednesday or Friday. Those with last names beginning with m-z can apply Tuesday, Thursday or Sunday. Anyone can log on Saturday.  There is less traffic and applicants may find it easier to get on the website after 8 p.m., according to Donofrio. Those who do not have access to a computer can call 866-500-0017 Monday-Friday from 8 a.m.-4:30 p.m.

A record was recently set within the last few weeks with 129,000 applying for benefits. By the following week, that number was almost doubled.

He directed small business owners to michiganbusiness.org. Information on new loan funds is available at the website.

“The MEDC and the Michigan Strategic Fund at the direction of Whitmer put $20 million into small business grants and loans that are going to help people starting immediately.”

Kildee said anyone having trouble with getting information on the small business loans could also contact his office later in the town hall discussion. Kildee’s Flint office phone number is 810-238-8627.

Elizabeth Hertel, chief deputy director for administration at the Michigan Department of Health and Human Services said the city of Detroit was by far experiencing the largest outbreak. Out of the 1,0791 cases and 417 deaths in Michigan due to the coronavirus by 3 p.m. April 2-2,858 cases and 101 deaths occurred in Detroit.

She said the capacity to test was expected to grow. Priority for testing by providers, according to Hertel, is given to those who have had secondary contact with someone who tested positive for the virus, those who have a history of travel, those who work around an environment in which they are around vulnerable populations (i.e. health professionals, law enforcement), those who are severely ill and those in a high risk populations; over 65 or over 60 with underlying medical conditions.

Four hundred ventilators were recently received from FEMA, which Hertel said were being distributed.

The TCF Center, formerly known as Cobo Center, was recently designated by  Whitmer and the Federal Emergency Management Agency (FEMA) as a temporary alternate care facility. The site will include approximately 1,000 hospital beds, according to Hertel. The U.S.Army Corps of Engineers is also looking at other potential treatment sites for field hospitals including Wayne State University’s dorms or the Detroit Pistons performance center.

Dr. Thomas Bender, medical director of Bay County Health Department said taking a walk is a good way to relieve some of the strain of social distancing.

He also said those who are sick should limit handling of pets, when possible, and use a different bedroom and bathroom from the rest of the household, when possible. He said even if a medical mask is not available, wearing a scarf can be helpful in stopping the spread of the virus.