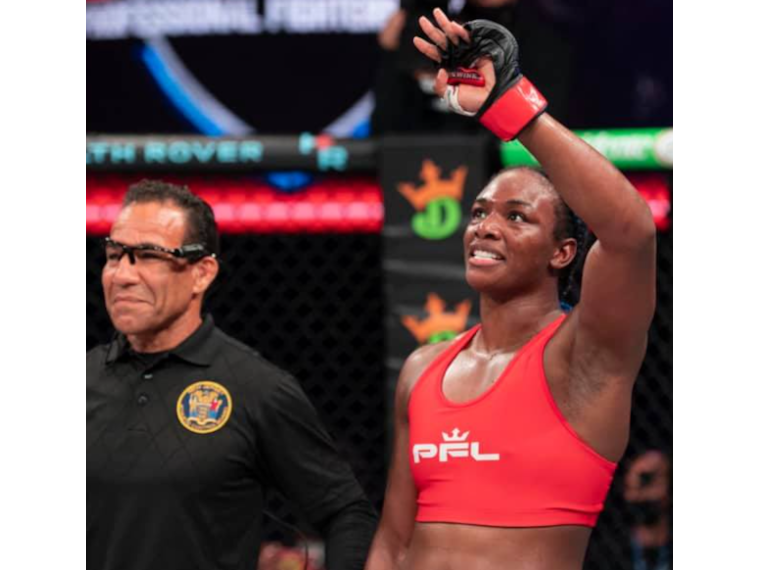 Claressa Shields, the greatest women’s boxer of all time and new MMA champion, will be celebrated for her achievements inside and outside the ring as part of Juneteenth celebrations in the city of Flint.

“We are so proud of Claressa Shields and all she has accomplished,” Mayor Sheldon Neeley said. “Through hardwork and perseverance, she has accomplished more than any other boxer — male or female — and she has stayed true to her roots. She remains committed to this community, and we are so thankful. This celebration honoring Claressa Shields is well-deserved. She is a champion through and through.”

Shields will serve as grand marshal for the Champions Parade, a part of Flint’s Citywide Juneteenth Weekend — one of many events planned this year to celebrate Juneteenth. This year marks the first time Juneteenth has been an official holiday in the city of Flint, and this year’s festivities will be bigger and better than ever seen before in the city.

Shields won Gold Medals in the 2012 and 2016 Olympics. She has also held world boxing titles in three weight classes. After she defeated Marie-Eve Dicaire in March, she became the first boxer in the four-belt era — male or female — to hold undisputed titles in two different weight classes at the same time. Shields recently won her mixed martial arts (MMA) debut on June 10 against Brittney Elkin.

Juneteenth is a celebration of African-American freedom and heritage. Celebrated nationwide on June 19, it commemorates the day in 1865 when slaves in Galveston, Texas, were freed, more than two years after the Emancipation Proclamation.

The Champions Parade will begin at noon on June 19 at Flint City Hall and extend down Saginaw Street to Berston Field House. The parade will celebrate Shields and other Flints champions, including several of the city’s athletic greats and community leaders. The parade will also honor healthcare workers for their heroic efforts to serve the community during the COVID-19 pandemic.

Berston Field House is the historic hub for the city’s African-American community. Berston, which opened in 1923, was the first community center in Flint to allow Black residents to use the facility. It also will soon be home to the Greater Flint African-American Sports Hall of Fame.

A coalition of event organizers have come together to create Juneteenth celebrations throughout the city of Flint. Other events include:

WOW Outreach will host the 20th annual Unity March one week later on June 26. The parade starts at 6202 Dupont Street beginning at 11:30 a.m. and features speakers and performances.

Planners are still looking for other organizers who would like to participate. Contact them at flintjuneteenthcoalition@gmail.com for additional information. Vendor applications and parade entries are now being accepted at www.flintjuneteenth.com.

The U.S. District Court for the Eastern District of Michigan selects 65 criminal hearings to be conducted in Flint and other cities during pandemic