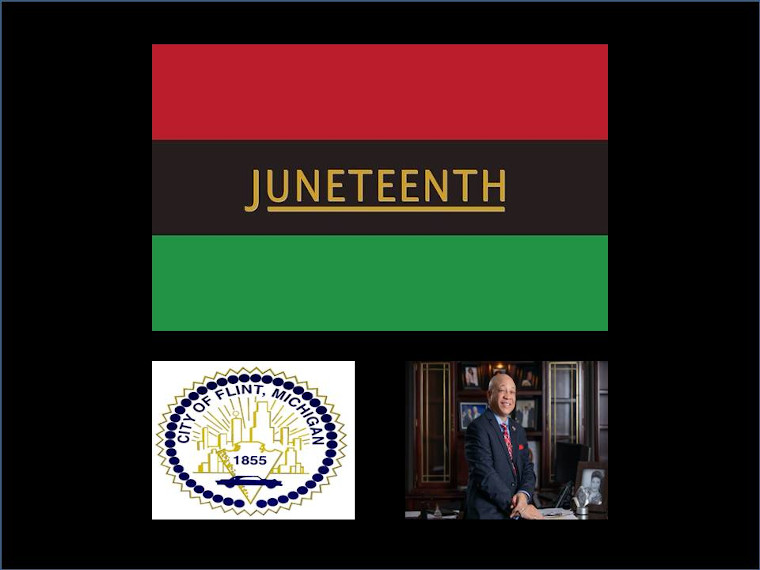 Juneteenth is now an official holiday in the city of Flint. Flint is among the first in Michigan to establish the holiday, according to the Michigan Municipal League. While Juneteenth is recognized by the state of Michigan and some other communities nationwide, few have moved to make the celebration an official paid holiday.

“For too long, this country has failed to acknowledge the ills of its past and has overlooked the contributions made by people of color. In declaring Juneteenth a holiday, we are recognizing that the fight for equity and justice continues today while also celebrating the achievements made by African-American’s in our community and in our country,” Mayor Sheldon Neeley said.

Juneteenth is celebrated on June 19 to commemorate the end of slavery in the United States. It marks the day in 1965 when the Union Army arrived in Galveston, Texas, to declare that slavery had been abolished more than two years prior by the Emancipation Proclamation.

As an official holiday, Flint City Hall will be closed on June 19 and it will be a paid day off for employees beginning in 2021.

While in the state House, Neeley successfully championed a measure for the state of Michigan to declare June 19, 2019, as Juneteenth Independence Day. The Michigan Legislature in 2005 also declared every third Saturday in June as Juneteenth National Freedom Day. Gov. Gretchen Whitmer also issued a proclamation declaring June 19, 2020, as Juneteenth Celebration Day.

Other cities also announced plans during this year’s Juneteenth celebrations to make the day a holiday. New York Mayor Bill de Blasio made national headlines with his declaration last week. Ferndale City Council this week also passed a resolution declaring the holiday on Monday, but it is unclear if it will be a paid holiday. Mayor Derek Dobies in Jackson also is pursuing a city holiday there.

The resolution passed by city council on Wednesday also calls on state officials to make Juneteenth an official holiday.

Texas was the first state to make Juneteenth an official paid holiday in 1980.