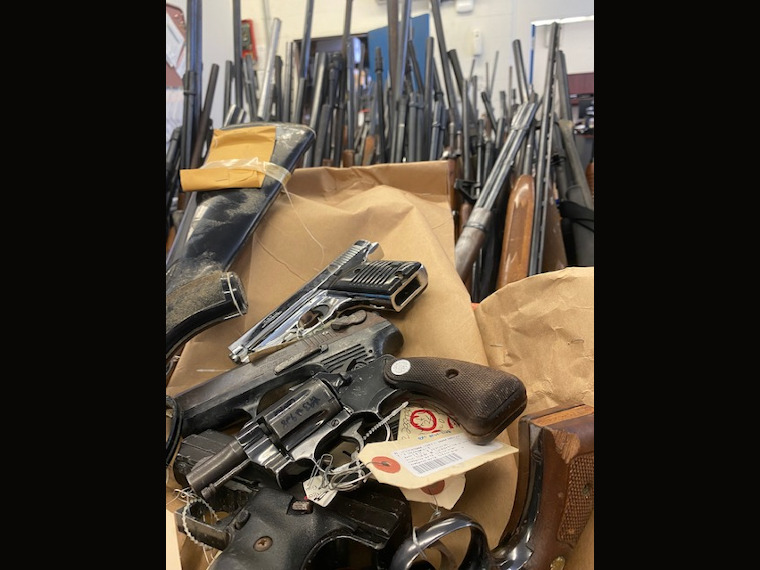 The City of Flint has taken 384 guns off the streets permanently.

The huge load of weapons were going to be auctioned off, a practice started in 2017-but Mayor Sheldon Neeley announced an immediate stop to the practice during a press conference on July 29 with then-Chief Phil Hart. Last year, the city put 1,200 confiscated guns back in circulation through auctions.

“No longer will the city of Flint be an arms dealer,”  Neeley said. “Selling off illegal guns to the highest bidder is simply wrong. It’s unconscionable to think that the city of Flint, where we have been harmed by so much gun violence, would participate in any activity that puts guns back on the street.”

Chief Green; a Flint resident and a Flint native,  is a decorated police officer whose previous experience includes serving as commander of the Genesee County drug enforcement team. Most recently, he served as Mt. Morris Township’s police chief.

“I am proud of our city for taking this strong stance as part of our overall fight to reduce gun violence,” Green said. “It’s good to be home and doing police work in the city I know and love.”

Last year, the guns brought in an average of roughly $150 each.