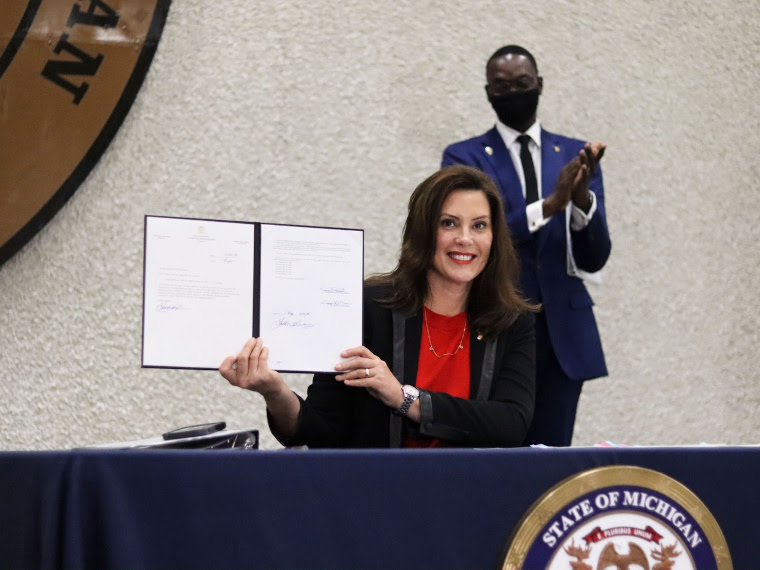 Changes in new house bills include allowing a person to set aside one or more marijuana offenses if the offense would not have been a crime if committed after December 6, 2018  when recreational marijuana use by adults became legal in the state,  due to the referendum that voters approved to legalize marijuana in 2018.Governor Gretchen Whitmer signed bipartisan House Bills 4980-4985 and 5120 on Oct. 12 reforming Michigan’s criminal expungement laws, making it easier for people who have committed various felonies and misdemeanors to have their record  erased in the eyes of the law.

Whitmer said the changes would help hundreds of thousands of people and help Michigan by stimulating growth to the workforce.

“When we help people get a good job; help them put a roof over their heads, it helps the economy,” she said.

Lieutenant Governor Garlin Gilchrist II said people of color are overrepresented in our jail populations. He said the day was about changing lives.

“This is bigger than criminal justice,” he said.

Research conducted by the University of Michigan law school, which was recently published by the Harvard Law Review, found that people who receive expungements see a 23% increase in income within a year. This means more resources for families and communities, and a broader tax base.

“This is what happens when we set aside our partisan differences,” said Attorney General of Michigan Dana Nessel.

In April of 2019, Governor Whitmer created the bipartisan Michigan Task Force on Jail and Pretrial Incarceration, chaired by Lieutenant Governor Gilchrist and Michigan Supreme Court Chief Justice Bridget McCormack, which reviewed the state’s jail and court data to expand alternatives to jail, safely reduce jail admissions and length of stay and improve the effectiveness of the front end of Michigan’s justice system. The task force has produced a report and made recommendations.

Whitmer expressed the importance of “keeping our eyes on the ball.”

She also said, as we get closer to Election Day, it was important for those with criminal records to know they could still vote.

“You can make your voice heard,” she said. “We want to make sure your vote counts, too.”