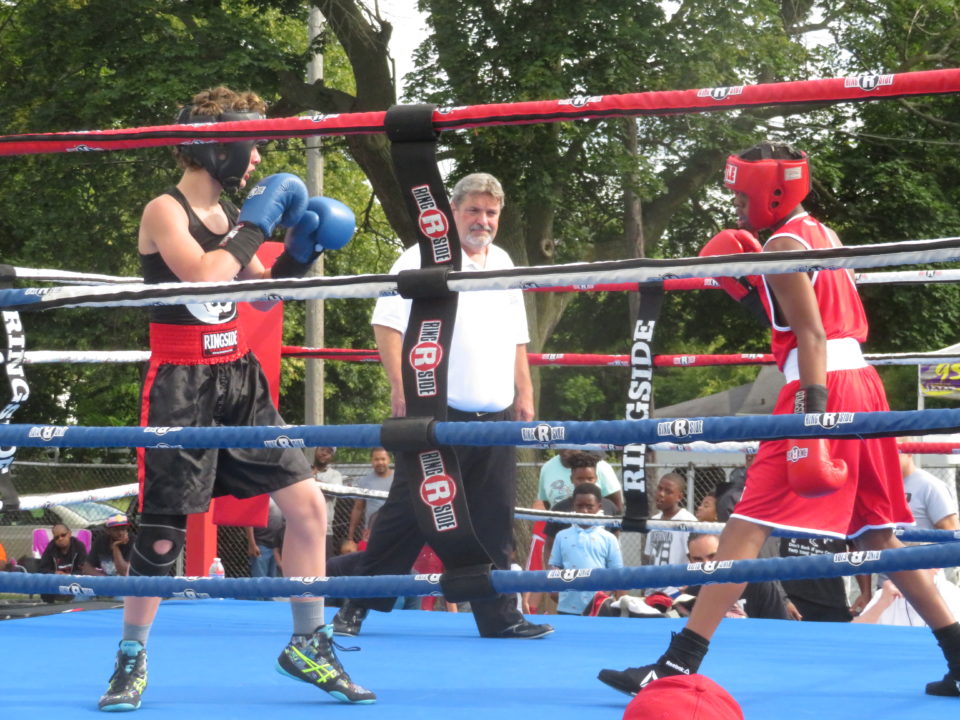 Fall is just around the corner. The kids are back to school. Football has officially kicked off and boxing, a sport for all seasons, is still active in Flint. The Berston Field House Boxing Club celebrated Flint’s extensive boxing history with an outdoor “Back 2 School” boxing showcase on Saturday, August 31 from 3-7 p.m.

This USA Boxing sanctioned extravaganza is an annual event, but for the first time, it was held outdoors for full public viewing.  Although the event was free, donations were encouraged to help support the boxing program throughout the year. 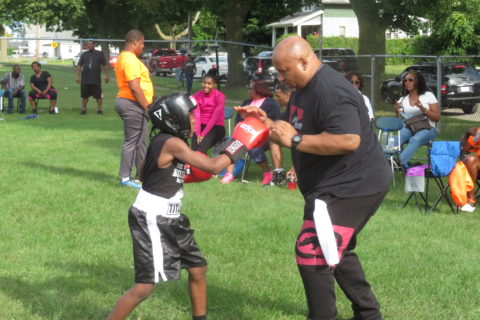 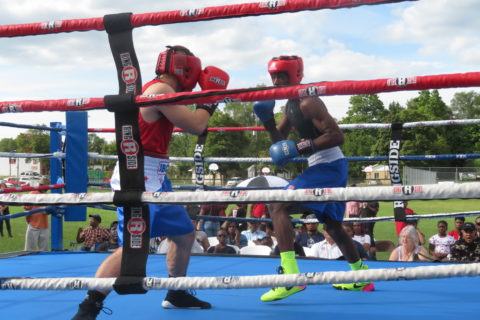 “We’re doing this for the community, to thank them and let them know we appreciate their support,” said Bryant Nolden, executive director of the Berston Field House. “We want to make sure to keep the rich history of Flint alive.”

“This is great for the community.  This is a good turnout and we want to continue to have this type of event again next year. This is free, but donations are welcomed, said boxing coach Jason Crutchfield who was busy assisting other boxers getting ready for their upcoming bouts.

Crutchfield has worked extensively with Claressa Shields since she was 11-years-old. His training helped her win the gold medal in the 2012 Olympics. He spoke about upcoming young Flint boxers.

“We have a couple of good boxers that we’re working with that may do well.”

Berston Field House first opened in 1923 and has since given a start to some notable professional Flint fighters, including Shields, Tony Burton, Andre, and Anthony Dirrell. Chris and Tracy Byrd fought under former fighter and legendary coach Joe Byrd, founder of the Joe Byrd Boxing Academy.

Detroit boxing coach, David Rosa, brought a couple of his fighters to Flint to get some experience.

“This is a first for us to fight outside,” Rosa said. “My fighters have fought outside before, but it was under a tent. This is great,” he said.

One of his fighters was Tony Peralts, a 22-year-old heavyweight who was excited about his upcoming three round fight.

Fifteen-year-old Luis Nieves was also eager to get into the action.

“This will be a good experience for me. I’m still young,” he said.