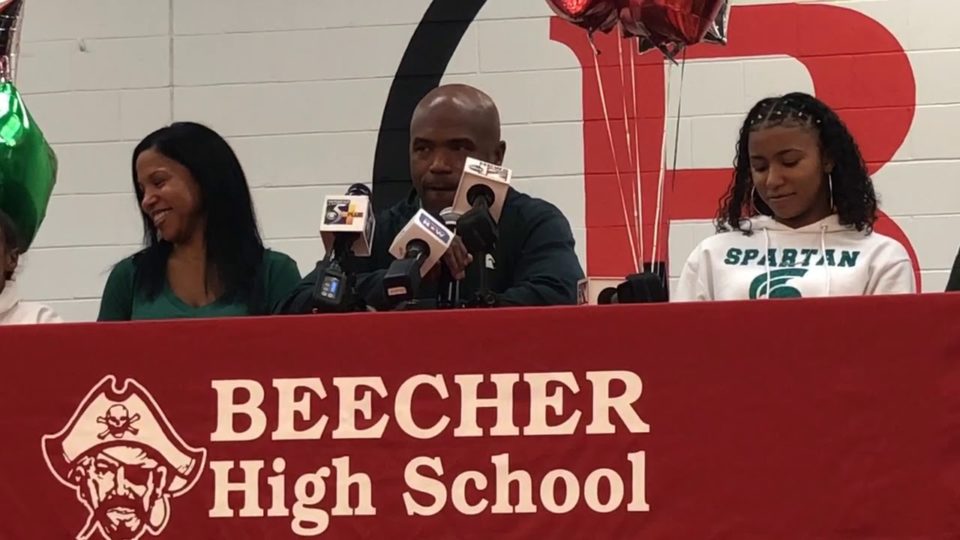 Hawkins, who played nine seasons in the NFL, comes to Michigan State after serving as the head football coach and athletic director at his alma mater, Beecher High School, since 2006.

“Courtney Hawkins was a phenomenal player here at Michigan State who went on to have a very successful career in the NFL,” said Tucker. “He’s shown tremendous leadership serving as both the athletic director and head football coach at Flint Beecher High School. I’m really excited to get him here on campus.”

A four-year letter winner at MSU (1988-91), under Coach George Perles, Hawkins was a two-time first-team All-Big Ten honoree as wide receiver. He was a member of the 1990 Big Ten Championship team and earned the Governor of Michigan Award in 1991, presented annually since 1931 to the Spartan player who is voted most valuable by his teammates.

During his high school career, Hawkins earned All-State honors in football, basketball and track. He won two state championships in basketball and four in track. The Beecher and Flint area communities along with the Michigan High School Athletic Association (MHSAA) will miss the legendary player, coach, mentor and leader.

He and his wife; Candace, have three daughters; Ciya, Comari and Cayla