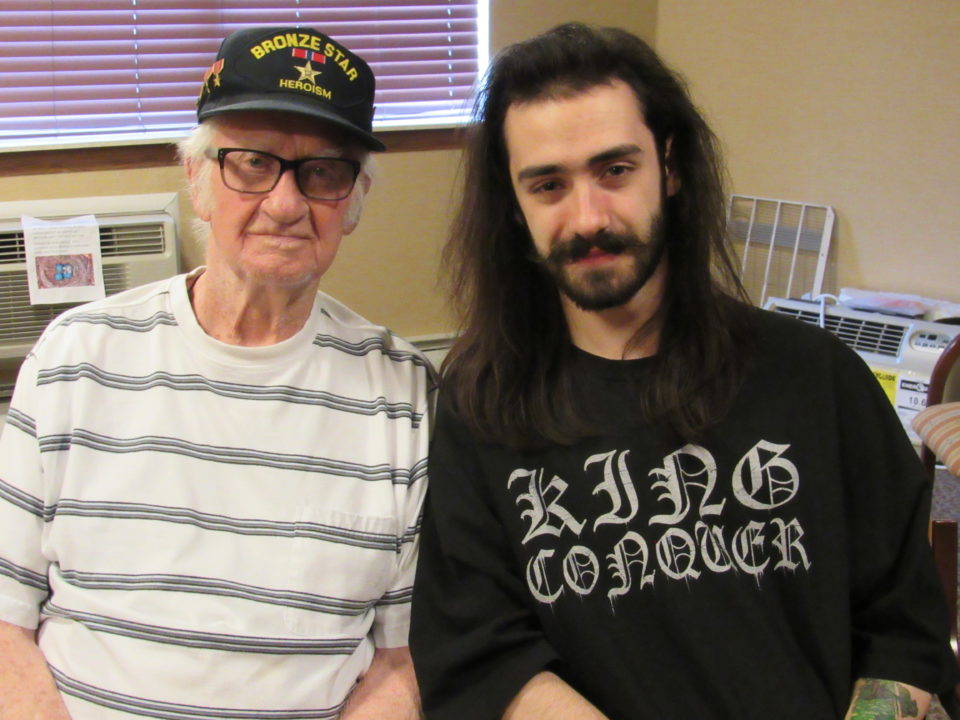 At 98-years-old, Merton Farr has experienced many highs and lows in his lifetime.  Nothing, he said, compares to the years he spent serving in the military. The Genesee County native was drafted into the United States Army at 18-years-old and sent to Germany to serve during World War II.

“I was a long way from home.  At times I was afraid. The bombs scared the hell out of you,” he said.

Farr earned the rank of Sergeant and was responsible for driving trucks and tanks that hauled gas and bombs. He is credited with saving the lives of several young men in his unit who were feet away driving over

a cliff.   He said divine intervention was at work too.

“I had an angel.  The clouds were really low, and I was leading a convoy with 18 trucks behind me.  All of the sudden, the sky opened up to the biggest, pretties blue color that you’ve ever seen in your life and an angel appeared,” said Farr. “She had her hand up, and that means stop.  So, I pulled over. I got out of my jeep and walked up the road about 100 feet and the bridge was out. I would have never seen it.  When people asked me how I knew I just said, I got word,” he explained.

Farr was awarded The Bronze Star Medal for his heroic service in a combat zone.  He would go on to receive five medals in total for the various missions he was a part of while serving in World War II.  Today, Farr enjoys watching TV, listening to music and drinking red wine.  His greatest joy he said is spending time with his grandson, Jack Rashead who comes to visit several times a week.

He’s a really awesome person.  I’m 20 and he’s 98 and we’re the best of friends. We’re thick as thieves.  I feel very fortunate.  As a kid I would ask him questions all the time,” said Rashead.

Farr, who will turn 99 on October 1, said he believes greed is the catalyst for war.

“Don’t do it again.  There’s no need to do something like that.  It seems like people can get together and talk things over.”

Redistricting and a first time ever, historic opportunity for Michigan residents

Four Ways to Protect Yourself from ID Theft This Holiday Season