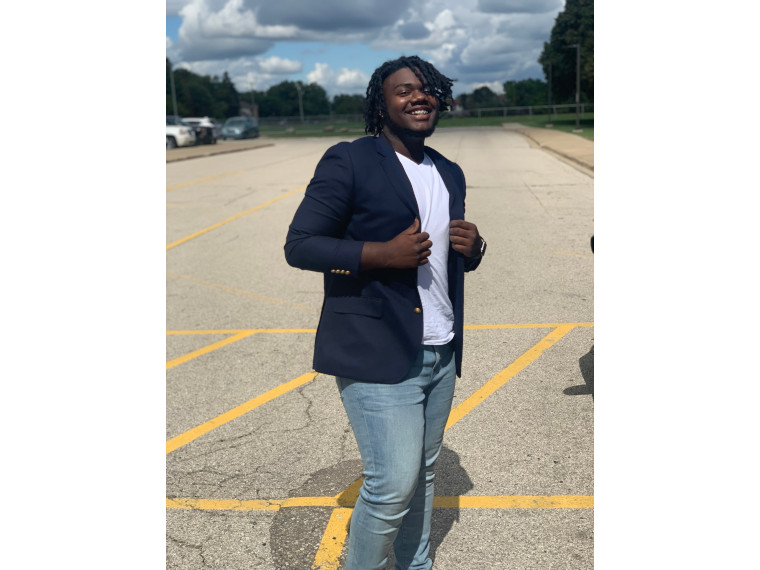 Kameron Motley, 17, believes his best quality is his ability to speak up. When he sees something wrong or feels like something needs to be addressed, he takes the extra step to make sure everything is accounted for.

“I advocate for people my age-the youth,” Motley said.

Others describe Motley as motivational, loud, kind and thoughtful.

Motley has a 3.7 grade point average at Carman-Ainsworth High School. He is also a University of Michigan-Flint dual enrollment student.

For his future career, Motley is considering public health and also likes the idea of becoming an entrepreneur. He also likes environmental research.

Right before the pandemic, Motley had the opportunity to hear Dr. Kent Key talk about world public health at Michigan State University through the MICHR program.

“It was all ironic because when we did that, the pandemic happened,” Motley said. “It allowed me to see the reality of what public health means and what the need is for researchers.”

“I do consider myself a good role model. The way I carry myself, I don’t allow myself to act out of character…especially around those younger than I am. I’m always extending open arms and looking out for everybody, even for people I don’t know. I try to give out positive energy and motivation, whether I’m on social media or in person.”

Motley is president of the Youth Ambassadors Organization, a branch of WOW Outreach. He is also a student council board member at his school. He is a National Honor Society student and a Flint Youth Justice League member.

He attends Mt. Calvary Missionary Baptist Church, where he helps set up for plays and performs in them. He was an usher there before the pandemic. Currently, his church has service via Facebook live.

Motley received a Resolution of Congratulations Award from Mayor Sheldon Neeley and he was named 2021 Youth Ambassador of the Year, among many other honors.

“I grew up in Flint. I believe it helps me build character and understand the realness of what goes on around me. It also helped me appreciate how I could become the person I am today.”