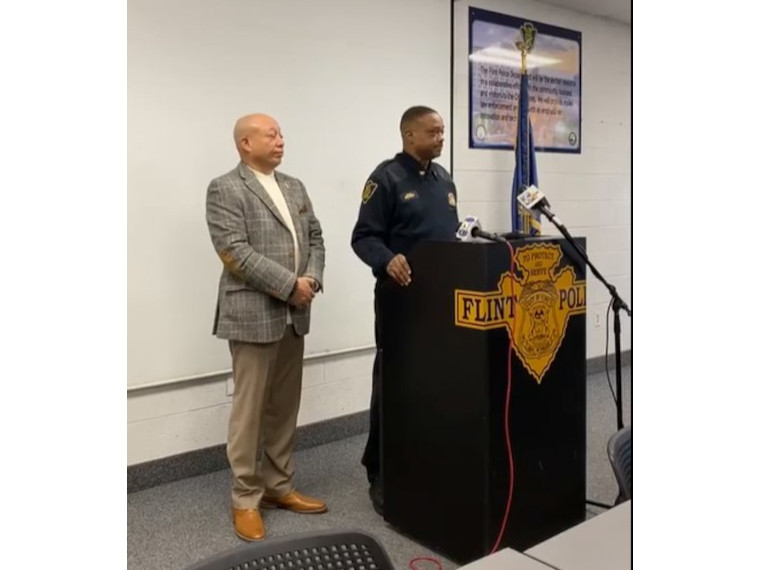 A resident recently called 911, believing he found military-grade explosives inside a car’s door. The citizen found the items while installing the door onto a purchased vehicle.

According to Flint Police Chief Terence Green, the explosives are very dangerous and hazardous!

The bomb squad was able to remove the items safely. The bomb squad then placed the items in a secured location. The Bureau of Alcohol, Tobacco, Firearms and Explosives (ATF) will assist in the investigation, which is ongoing.

“We wanted to make the public aware of-if they come across this type of item, definitely call 911 and do not try to handle these types of explosives,” Green said. “They’re very dangerous.”

Green thanked the citizen who called 911 about the explosives. The caller immediately recognized the items were explosives.

“We’re using ATF to help us track the original location of these explosives,” Green stated. “We definitely believe that these items were stolen. From where we have no idea.”

Green explained the resident who called 911 purchased the door part where he found the explosives from a salvage yard in St. Clair County.

He also stated he believed the resident was being transparent and truthful about his accidental discovery, and an investigation confirmed the information. According to Green, St. Clair County Sheriff’s Department was contacted and verified the business from which the resident said he purchased the door part exists.

Green explained because of the explosives’ location, if another vehicle collided with that motor vehicle, the explosives would’ve ignited. So, a crash could have caused death!

The door part was purchased on Nov. 18, the day before the caller saw the explosives.

Possessing and transporting military-grade C4 explosives is a 15-year felony in Michigan.

Mayor Sheldon Neeley pointed out Flint has a very highly trained law enforcement force, under the leadership of Green. Flint also has its own bomb squad with professionally trained officers.

The ATF will be working with the City of Flint to get more information about the explosives and to ensure there are no other explosives nearby.