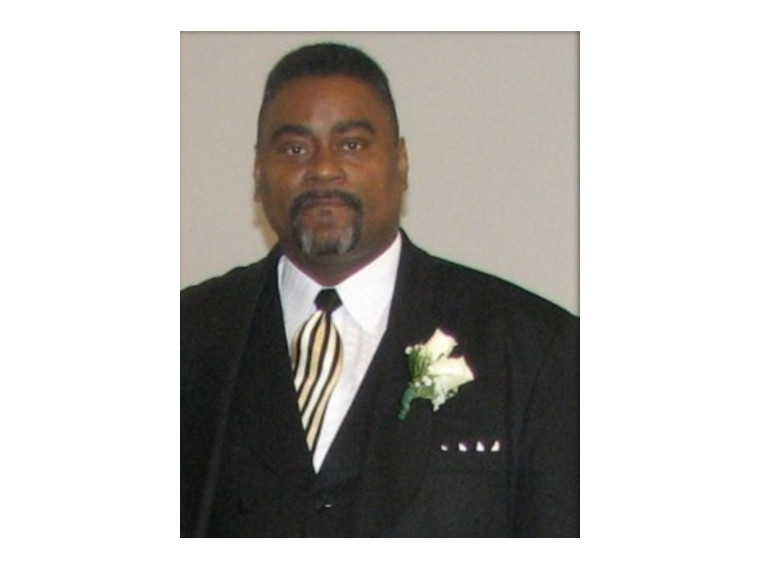 Pastor Kenneth L. Stewart was known as one of the first pastors in Flint to open his church for the distribution of cases of water during the water crisis, according to Deborah Harris. Harris is the church secretary at the church where Stewart was the pastor: House of Prayer Missionary Baptist Church.

Others who knew Pastor Stewart also remember him as being “not only a big man in stature, but also in heart.”

“He was a man of few words, but when he talked, it mattered,” Micah Stewart said.

Micah Stewart remembers living in Arkansas with his dad when he was about 4-years-old, and traveling to Universal Studios in Orlando.

“I remember us being on the go-karts, and I was kind of small, but I figured I’d drive it,” Micah Stewart recalls. “I just remember his knees being above the steering wheel because he was so big.”

About four years ago, Micah Stewart was offered a job in San Diego, California. His dad helped him pack for the move and drove with him from Flint to San Diego. Since road trips were usually with the whole family and for this trip Micah Stewart went alone with his dad, the memory of the trip is one of his favorite ones.

Micah Stewart remembers his father as one who went out of his way to help people because he loved people.

Micah Stewart was with his mother and father when Pastor Stewart fell due to a heart attack and died. Micah Stewart had returned from California to help his father and feels honored he was able to do so. He said he will continue to do so in his father’s memory.

“I’ve been enjoying the memories that we’ve had-and all the jokes, all the funny little goofy stories,” Micah Stewart said.

Barbara Nesbitt, church clerk, first met Pastor Stewart when the late Rev. Charlie Thrower was still pastor of House of Prayer. Pastor Stewart was leading revivals every year at the time. Nesbitt felt Stewart was doing a great job preaching the Word of God. She remembers vividly when Pastor Stewart asked the congregation to have all the young people they know to come to the church. They were told Pastor Stewart would be preaching a sermon centered on the Michael Jackson song “Bad.” The sermon was a Bible based one in which Stewart preached “God is bad.”

Nesbitt recalls the Sunday Stewart died. Pastor Stewart preached, and he expressed concern about his son Micah, who was his youngest son. Pastor Stewart told the Lord to watch over Micah Stewart during the sermon and talked about all the young people who had contracted COVID-19 and died. Nesbitt does not believe Pastor Stewart knew he was going to die at the time.

“The passing of anybody is always a sad occasion; but what puts joy and peace in it is when you know they know the Lord and are going to be with Him,” Nesbitt said.

Darrell Robertson, who is an usher and on the House of Prayer’s Kitchen Committee, first met the late Pastor Stewart 22 years ago. His fiancé’s sister died, and Pastor Stewart did the funeral. Robertson describes Pastor Stewart as “the coolest pastor you could ever meet,” and said he was down to earth and spoke his mind.

Robertson’s best memory of Pastor Stewart was the day he met him on the first day Robertson went to House of Prayer. Robertson came back for evening service the same day, got baptized then and said he instantly “clicked” with Pastor Stewart.

Robertson’s last talked to Pastor Stewart the Sunday Stewart died. Pastor Stewart had called him to clean the church and later said he was going to cook chili for the church attendees. Robertson purchased the meat, but was later told to put it in the freezer because Pastor Stewart was tired. That was their last conversation.

“He needs to be somewhere in heaven now,” Robertson said. “He looked out for the city. Whenever you called him, he was there-any time of day or night. If any church in the country called him, he was on the go (to there). He loved to stay on the highway preaching.”

Stewart, a native of Pine Bluff, Arkansas, was husband to Irma JeanTaggart-Stewart for 34 years. He had seven children: Derrick, Kennesha, Brandon, Micah, Marcus, LaTonya and Pete. He was the brother to Curtis Bernard Stewart and had 15 grandchildren.