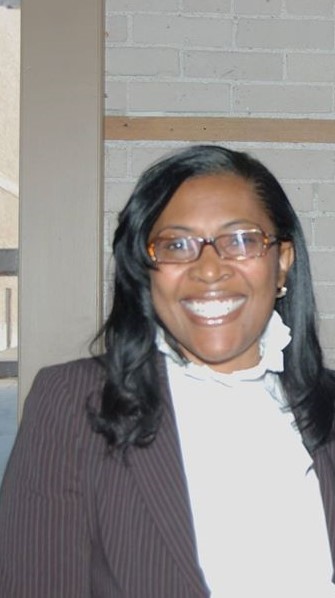 Governor Synder and other state officials allegedly have treated the education of Detroit school children with disinvestment and deliberate indifference.

“They basically said that literacy was not a right of our children,” said Dr. Pamela Pugh, environmental health and social justice advocate; health advisor and vice president of MI State Board of Education.

Pugh said her and others were hopeful because as a candidate Governor Gretchen Whitmer said she definitely stood with the children of Detroit in their fight and access to equitable education was also her fight. According to Pugh, no matter what a child’s race or economic background was Whitmer would defend literacy as a basic fundamental right.

“We were excited to hear that,” Pugh said. “So, it was unfortunate that upon her becoming governor that though she may have said that that literacy was a right, it just wasn’t supported in an urgent way.”

In the 2016 case of Gary B. vs. Snyder, seven Detroit students alleged a lack of books, classrooms without teachers, poor building conditions and extreme temperatures deprived them access to literacy in their public schools. Classrooms in Detroit have roofs that are caving in and have rodents. There was a ruling that said that the state of Michigan did not have to provide an equal education system for all children, including African American children.

There was an appeal and attempt at a settlement when Whitmer was elected. It was May of 2019 when Whitmer asked the court to dismiss the case. Detroit activists traveled to the Sixth Circuit Court in October 2019.  On April 23 of this year, the U.S. Court of Appeals for the Sixth Circuit Court ruled that an education at that at least guarantees an absolute right to literacy is a fundamental right.

As a state board member, Pugh is a defendant in the The Gary B v Whitmer et al. case, part of the state being sued by the seven people being standing up for the rights of themselves and their counterparts. However, Pugh said she stands with the seven individuals supporting them.

“We know that education is the great equalizer.”

She said if we don’t act with urgency to ensure discriminatory acts do not take place regarding education, we might as well be the people who caused the acts to start with and that it was important for those in positions to stand behind children and the activists who have supported them, as well as their parents, while the courts are on their side.

As an African American and as a female, Pugh said she knows how important education is.

Pugh would like to have the opportunity to negotiate what type of evidence-based grade-appropriate programs for literacy instruction and intervention are put in place when and if this lawsuit is settled.

“It should not be anything punitive in nature.”

If the governor and the defendant do not weight in, Whitmer can go back into negotiation to discuss the evidence based tools that will benefit the Detroit children more. Pugh said this is the favorable outcome. Whitmer could go mute, not saying anything. She can also appeal, which Pugh said she doesn’t see her doing.

Pugh is hopeful Whitmer will do what she and others have asked her to do. In Pugh’s letter to Whitmer she talked about some of the things Whitmer has stood for. One of these things is inequitable funding

“We see monies that have been stipended off from our education system; stolen from the budget of our children and given to corporations; developers. I know those are things she is aware of. So, now that she has an opportunity that has been laid out by the court-now that is has this ruling I am very hopeful she will take that and use that at this moment to show what he really stands for. As African Americans, we supported Governor Whitmer in the election. We support her in what she’s doing right now. We stood by her side. I know that she knows this is a very important issue to us, to the future of our children and I believe she will take this moment in time and do the right thing.”

Pugh said time is of the essence.

“Every moment that goes by puts us in a bad place.”

Today’s historic legal decision shines a bright light on the state of Michigan’s failures toward the school district’s children and employees, mainly teachers.  For decades, Detroiters have argued that state management damaged Detroit’s school district children and educators as exhibited in a of lack–investment in facilities, curriculum, materials, and overall vision for children’s education. This lack of investment and vision pushed district students farther behind, namely in literacy. Today’s decision validates those arguments and it confirms that the U.S. Constitution provides a remedy for these past actions.

The US Court of Appeals for the 6th Circuit has found that DPS students (now DPSCD) have a “fundamental right to a basic minimum education” and that trial on that issue may move forward against the state of Michigan.  This decision does something that even the US Supreme Court has not done.  It finds that there is an inherent right to a minimum education, and the decision says that the state of Michigan can be held liable for violating such constitutional right.

This is a victory because it validates what Detroiters have been saying all along – Detroit students deserve better and the state of Michigan needs to be held accountable to address that injustice!

We can only hope that the governor will seek to settle this case and work to remedy the state’s violation of Detroit students’ constitutional right to access to literacy.  It is time to move on from the false argument that DPS was not damaged at the hands of the state and more importantly, that district children and teachers were not damaged under state management.  It is now time to move toward healing these historic wounds.

We respect everything the governor has, and is, trying to do for traditional public education throughout the state and in Detroit. However, it is time for her to stop listening to her attorneys and rely on her instincts. She knows the state was wrong. When the state of Michigan created DPSCD and empowered a locally elected school board, it made small steps in the right direction as was restructuring DPS’ debt. However, the progress that has been made over the last three years cannot make up for what was lost under state control. More importantly, it has not addressed legacy and current inequities with funding and inadequate school building infrastructure and the type of investment needed to support our students to catch up to their peers rapidly. It is time for the governor to leverage this decision to make inroads in the current and historic inequity that holds back the potential of our students. This includes releasing the FRC from overseeing the school district.

Written in the Stars: MSU Extension Instructor Awarded for Her Dedication, Passion