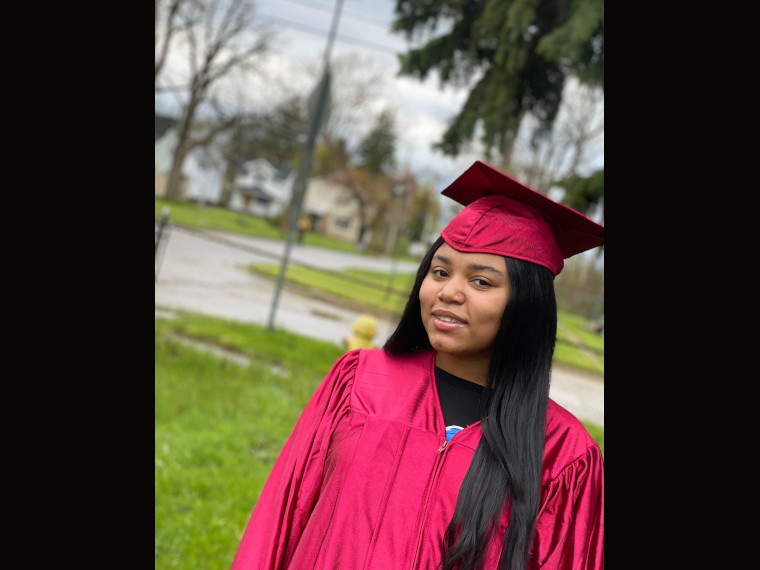 Kimira Webster is a class of 2020 graduate of the International Academy of Flint. Earlier this year in January Webster became very sick. She was under the impression that she was facing the common cold but, she knew this was far worse. She was experiencing shortness of breath, fever, cough, sore throat and fatigue. So she went to the hospital to see exactly what was wrong with her. The doctors told her that she had “flu like symptoms” however, when she was tested for the flu it came back negative. The doctors advised her to “stay home” and get some rest. Webster had to wait a whole week before she could return to her everyday life going to work and school. Although her recovery only took seven days, it was a long and hard journey to recover and achieve feeling like her normal healthy self. Webster is convinced that she had the coronavirus before doctors in Michigan knew what it was. She has no idea as to how she contracted the virus, but she said she knows that she had it. A few weeks after her sickness, her school closed for a few days to sanitize the entire building because of the high levels of “common colds” that everyone was dealing with. Roughly three weeks later, Michigan experienced their first few cases of the virus, shortly after the schools shut down. Next, the whole world stopped, and her senior year had to go on pause so that our state could contain as many cases as possible to stop the spread of the deadly COVID-19 virus.

City-Wide Youth Basketball League Getting Ready For The Playoffs