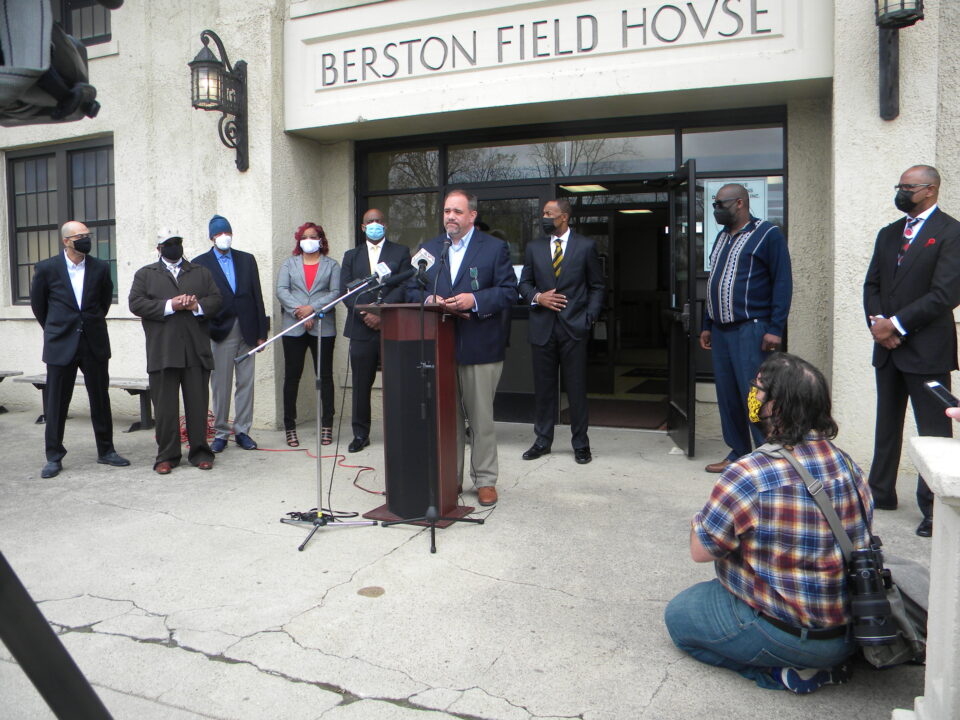 Featured photo: Senate Minority Leader Jim Ananich speaks with pastors and others in the community about voter suppression

There are 39 different recent Senate bills all related to voting that are stirring many Democrats to alert this community and get them concerned. Senate Minority Leader Jim Ananich said most of the bills would make it more difficult to vote from an absentee ballot standpoint.

“One of the things I want to continue to talk about is last year President Trump all the way down to local Republicans were claiming there was voter fraud before the election even happened,” he said. “They were saying they were being cheated. Then, they lost the election and continued to lie all the way up to the January 6 insurrection. These bills are a direct outcome of that. So when you start out your premise with a lie, basically the intent and the details don’t matter. That needs to be highlighted, in my opinion. If you’re basing why you do something on what you know to be a lie than it’s already kind of poisoned.”

Some of Senate bills that concern Ananich and others the most include:

SBs 303 & 304, which call for strict voter ID. These bills eliminate the affidavit option and would require voters without ID to vote a provisional ballot that would only be tabulated if they present documentation to clerk within six days of the election.

SB 286, which sets a deadline for using ballot drop boxes.

SB 287, which prohibits clerks and the Secretary of State from providing pre-paid postage on absent voter return envelopes.

SB 289, which requires legislative approval for federal election-related funding and would require funds be returned to feds if not appropriated in 90 days.

“The witnesses and the notary ones are the ones that bother me the most because one of the things that is so sacred about a ballot is nobody has access to our ballot,” Ananich said. “No one should have access to our ballots…We’ve seen over history restrictive policies about who could vote (and) who couldn’t vote, whether it’s by gender or race. They used to have things where bosses would go in and basically make sure the person voted the way they wanted them to. With all the technology we have and all the access we should have to make voting easier and more accessible, this just doesn’t make any sense.”

Ananich said having to take a photocopy of your ID and send it in is one of the biggest problems with that proposed absentee ballot legislation.

“Most folks don’t have a photocopier in their home.”

In many parts of the country and even the state, there are no lines to vote. On the other hand, in urban communities there are oftentimes long lines.

“No one should have to wait in line to vote. To me, they’re looking at the problem wrong. Instead of fixing people’s access to the vote, they’re conjuring up rationales and crazy scenarios that could happen.”

Under the proposed legislation, absentee voters would be required to either take a photocopy of their ID or have a witness who can face penalty or a notary.

Ananich asks who is going to have the time and the resources to even know someone to come out and notarize the fact that they got an absentee ballot.

Ananich pointed out voters voted to have access to same day registration in 2018.

He also said some of the new Senate bills are “fine.”

Ananich agrees that will make it easier to vote.

“There’s areas where we can always work together to make make it easier for people to vote. To me, because of Motor Voter, which is a federal law that was passed years ago, basically when you get your driver’s license you can sign up to vote. You didn’t used to be able to do that. Now, what they’re talking about with pre-enrolling, would be like 16-years-olds and they get their license they can just pre enroll. They can’t vote yet. But when they turn 18, they would already be signed up to vote, which is a good thing.”

Ananich, however said he believes Republicans are including good bills and initiatives such as the bill about preregistering 16 year olds, in hopes they will be able to tie-bar all the bills together, saying if any pass they all have to be signed. In this case, if the governor vetoes any of the bills they will all fail.

The Republican Party has already acknowledged that they plan on going to the voters, doing a petition drive with what Democrats argue are the most restrictive bills. In Michigan, there is a referendum in which signatures are collected and the public votes. There is also a citizen’s initiative where 350,000 signatures are collected and the bill only goes before the Republican controlled House and Senate, with the governor having no say.

“That’s what a lot of us think their ultimate goal is.”

“Education is the key,” said Pastor Chris Martin of Cathedral of Faith Church at an April 12 protest and press conference held in front Berston Fieldhouse. 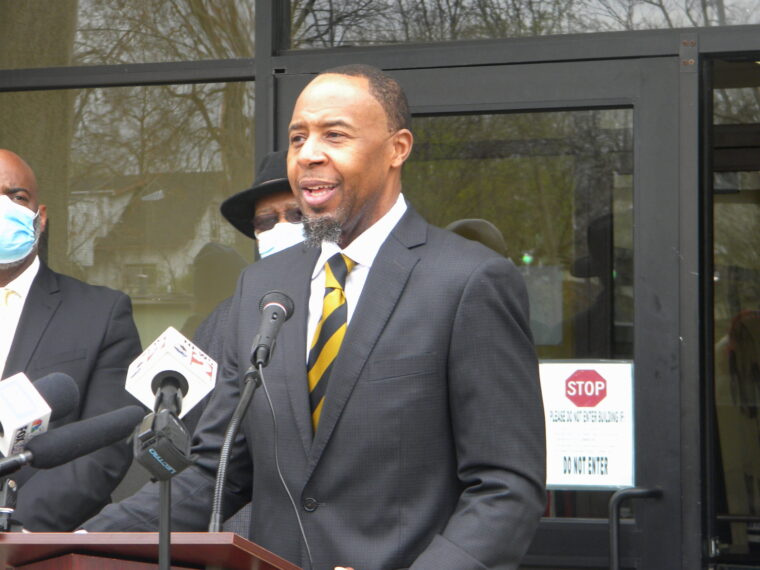 “It’s not our job to fight, but it’s our job to take a stand,” Martin added. “So, education is the key, and we represent the people of this city.”

Martin said if the proposed legislation is enacted he and others who were at the press conference and protest would be back to fight.

He said they are educating people not to sign the petitions Republicans said they will make sure are circulated.

“I always like to remind people that the Civil Rights Movement started in the pulpit. So, it’s definitely our job to educate and to be a vote for the people so that they can understand what’s going on.”

The statement read: “The right to vote is one of the most fundamental rights afforded to every Michigander. Unfortunately, many states—including Georgia, and now Michigan—are pushing laws to suppress the vote and make it harder for people, especially people of color, to vote and make their voices heard. I strongly oppose attempts by Republicans in the Michigan Legislature to take away voting rights from Michiganders, especially people of color. Their efforts making it harder to vote are shameful and an attempt to rig the vote after failing to win at the ballot box in the 2020 election.

“In the U.S. House of Representatives, I have strongly supported legislation to protect the right to vote. This includes H.R.1, the For the People Act, which will create automatic voter registration across the country, ensure that individuals who have completed felony sentences have their full voting rights restored, expand early voting and enhance absentee voting, simplify voting by mail, reduce long lines and wait times for voters and modernize our country’s voting system. I have also voted for, and continue to support, H.R. 4, the John Lewis Voting Rights Advancement Act, named after my dear friend and colleague, the late Congressman John Lewis, that would restore key provisions of the Voting Rights Act to protect the vote. In Congress, I will continue to push for the Senate to pass these important pieces of legislation right away.

“Under the current rules of the Senate, 10 courageous Republicans would have to join all Democrats in voting in favor of this legislation.

“To everyone attending today, thank you for making your voices heard. I will continue to stand with community leaders like you in the fight to protect the right to vote.”

A statewide protest begins at noon Tuesday April 13 at the state Capitol building in Lansing and is organized by the Michigan NAACP and the Michigan Democratic Party.

How to Combat Social Isolation

Schools expected to reopen in fall, governor announces next steps