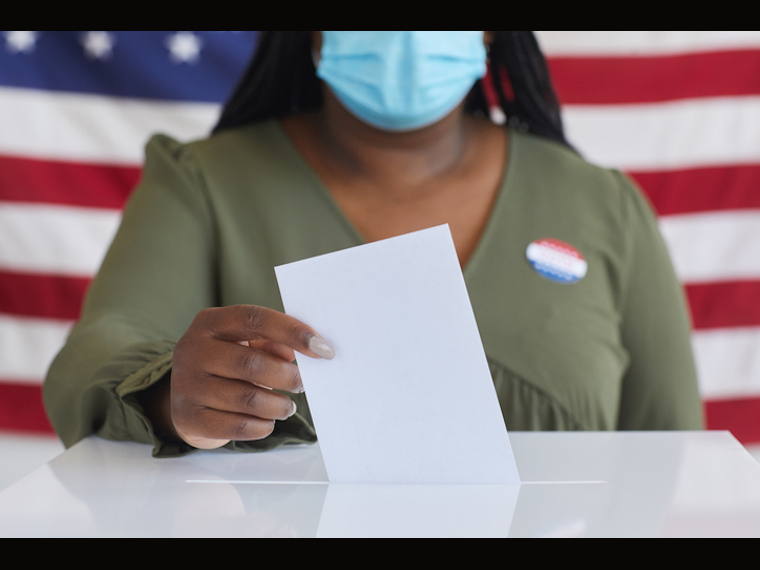 Image by Irina Ilina from Pixabay

Genesee County resident, Kathleen Spooner, voted in the Nov. 2020 election and it was particularly important to her because of “religious freedom.”

“I felt that it was important to vote because I wanted to vote for President Trump because when I seen he was in office I felt that he fought for a blessing from Israel,” Spooner said.

She said there are three things the Lord is looking for in order for the United States to not face judgment.

“If we had judgment on the land it would be because we’re not blessing Israel, and we have child sacrifice, which is abortion, or if we have sexual immorality in the land,” Spooner said. “I felt that Donald Trump stood for Israel and wanted the blessing of the Lord from Israel on our land. I also felt that he fought human sex trafficking-that it was being fought in the land during his presidency, and he’s pro-life. That was important to me.”

Spooner encouraged her daughter and her boyfriend to vote, who are non-voters.

“I gave them a voter ballot and also talked to my daughter about different views and just told her it’s good to vote.”

Spooner does not know whether her daughter and her boyfriend actually voted. Spooner, who is white, said she did want Barack Obama to win in 2008 because she felt the United States should have its first Black president, but at that time, she wasn’t a voter herself. Now, she said she votes according to what she considers “Biblical values.”

When asked if she felt there was voter fraud in the Nov. 2020 election, Spooner said there were voter glitches found in Michigan and Georgia.

Used in two of the five counties that had problems in Michigan and Georgia, the Dominion software did not affect the vote counts, which was the subject of a Trump tweet.

The Michigan Department of State said in the two Michigan counties that had mistakes the inaccuracies were instead because of human errors. The errors came in the counties’ unofficial tallies and they were fixed, according to Michigan officials.

Voters in parts of Georgia experienced various levels of system disruption with their ePollbooks. Spalding County Sheriff’s Office posted on Facebook at 8:27 a.m. Nov. 3: “the computers at all polling locations across Spalding County are down. The problem is being worked on and hopefully will be resolved quickly. Until the issue is fixed, paper ballots are being used at all locations.” Spalding County in Georgia also extended voting until 9 p.m.

“I know that people have filed affidavits now in several states claiming there were irregularities,” Spooner said.

Affidavits intended to stop Detroit ballot count made numerous claims to irregularities that were rebutted.

Still, a fact check in USA Today Nov. 14 said this election, in which is Biden had 306 electoral votes and Trump had 232 as of the morning of Nov. 24, is unlikely to be decided in the House, even if Trump refuses to concede.