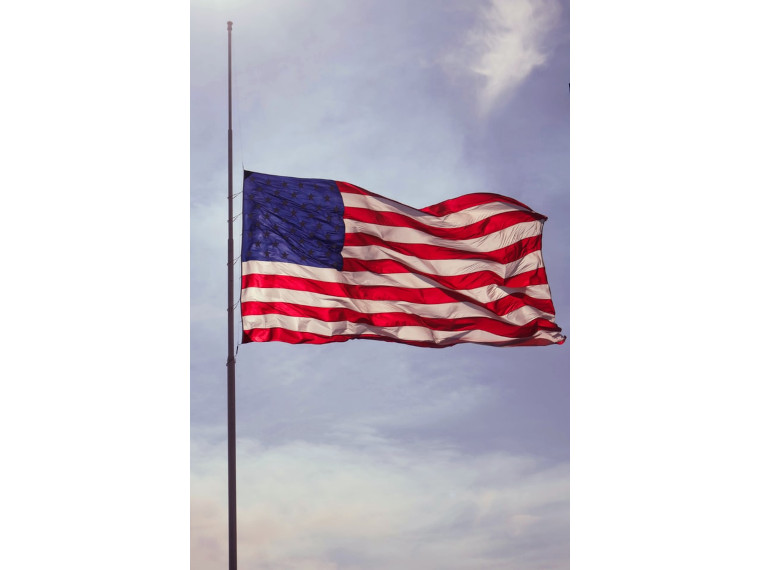 Photo by Joshua Hoehne on Unsplash

Governor Gretchen Whitmer has ordered U.S. and Michigan flags within the State Capitol Complex and upon all public buildings and grounds across the state of Michigan to be lowered to half-staff on Saturday, September 11, 2021 to remember those who lost their lives during the terrorist attacks on the World Trade Center in New York City, the Pentagon in Virginia, and those who perished when the hijacked United Airlines Flight 93 crashed in Pennsylvania on September 11, 2001.

“On the 20th anniversary of the 9/11 terrorist attacks, we remember those who lost their lives and honor the courageous first responders who put everything on the line as they rushed toward danger,” Whitmer said. “That tragic day left a mark on all of our lives and in its aftermath, reminded us that we are strongest when we lift one another up and work together to reach a better future. We remember that we can fight back against hate and stand up for our American values. We remember that we are one people, united by bonds that we cannot see or fully understand.”

The State of Michigan honors the victims of 9/11 by lowering flags to half-staff. Michigan residents, businesses, schools, local governments and other organizations also are encouraged to display the flag at half-staff.

To lower flags to half-staff, flags should be hoisted first to the peak for an instant and then lowered to the half-staff position. The process is reversed before the flag is lowered for the day.

Flags should be returned to full-staff on Sunday, September 12,

On the eve of the 20th anniversary of the 9/11 attacks, Mayor Sheldon Neeley today released the following statement:

We can all remember where we were, what we were doing and how we felt when we heard the devastating announcement of the terrorist attacks on U.S. soil. We all watched in disbelief while hoping and praying for protection over our country. This was an attack on all of us.

The catastrophic events of that day still impact our surviving heroes and the many families and friends that lost loved ones.

As the 20th anniversary of this horrific day approaches, may we choose to remember those that died, honor the brave heroes, and never forget the day that changed America forever.

The whys and ‘hows’ of redistricting