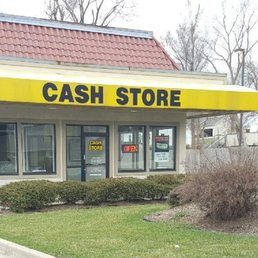 LANSING, Mich. – Michigan Attorney General Dana Nessel has joined a multi-state coalition to protect consumers from payday lender abuse.  Joining a coalition of 23 states and the District of Columbia, Nessel urged the Federal Consumer Protection Financial Bureau (CFPB) to take immediate action to protect consumers from abuses in payday lending. The joint letter sent by the states cites CFPB’s own findings that show the many ways the short-term payday and title lending model is broken.

“My office has a responsibility to act when Michiganders are at risk of deceitful and abusive business practices,” Nessel said. “By delaying these protections, more consumers risk becoming victims of predatory and misleading tactics by payday lenders, and that’s more than enough reason for Michigan to step in and speak out.”

CFPB announced a new rule in 2017 that would help protect borrowers and ensure they would have the ability to repay loans while also prohibiting lenders from using abusive tactics when seeking repayment. The rule went into effect in early 2018, but compliance was delayed until Aug. 19, 2019 to give lenders time to develop systems and policies. CFPB has now proposed to further delay compliance until Nov. 19, 2020 – more than three years after the regulation was finalized. The CFPB is also reviewing another rule that would altogether rescind this one.

Together, these actions would put at risk hard-fought borrower protections. The CFPB’s own findings showed 90 percent of all loan fees come from consumers who borrow seven or more times in 12 months. Additionally, 20 percent of payday loan sequences (loans that are rolled over or followed by another loan in close succession) end in default and 33 percent of single-payment auto title loan sequences end in default.

“Travel” the World With MCC

City employees continue to be impacted by spread of COVID-19