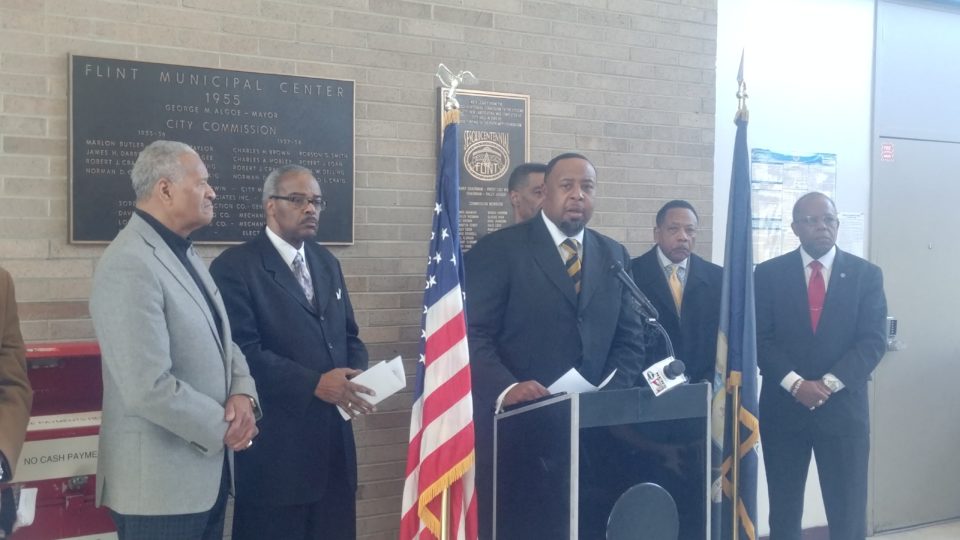 A group of community leaders is requesting a public apology from Councilmembers Kate Fields, Allen Griggs and Eva Worthing.  The group, which includes local pastors, elected officials from Flint and Genesee County, and community members, held a press conference in the lobby of City Hall on Monday, March 11.  Pastor Chris Martin, who organized the press conference, called on the three Councilmembers to issue a public apology to Mayor Karen Weaver and the residents of Flint for making false allegations of financial mismanagement to the state of Michigan, local media, and others.  Neither of the three councilmembers attended the press conference.

In January, Councilmembers Fields, Griggs and Worthing submitted a signed letter to Gov. Gretchen Whitmer requesting a meeting to discuss their “serious concerns about financial and public mismanagement.”  The letter cited the Councilmembers’ concerns as gross mismanagement of the Lead Line Safety Replacement Program and violations of the city charter, including at least one illegal payment made out of the city’s water fund.

State officials responded to the letter advising that they are not the proper party to investigate the allegations. Pastor Martin said the three Councilmembers have yet to apologize or acknowledge that the State Treasury Department has since cleared the Mayor’s administration of any alleged malfeasance.

“We want these councilmembers to know that there are stakeholders who support the mayor, and we will not stand for this type of foolery,” he said.

I-475 Reconstruction In Genesee County Is Underway