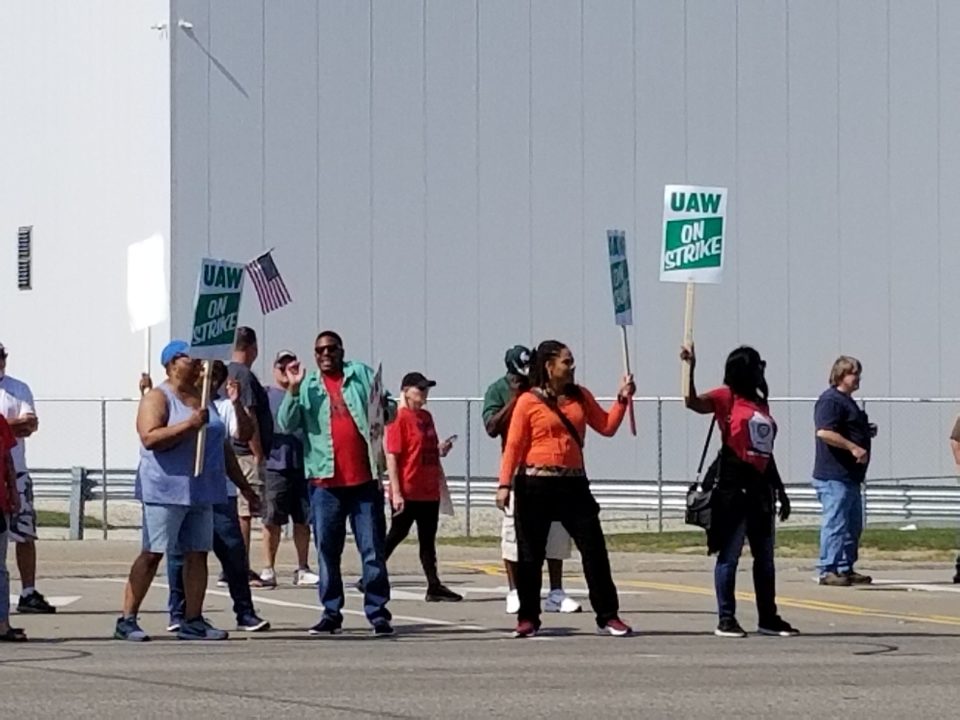 Production has come to a halt at General Motors factories across the Midwest and South. The United Auto Workers union voted unanimously on Sunday, Sept. 15 to authorize a strike after the UAW’s current bargaining agreement expired. This is the union’s first walkout since 2007.  Both sides are reportedly far apart. An improvement in wages is among the top items Union leaders are asking for.  The UAW is also asking for affordable health care for its members, a defined path to permanent seniority for temps and for idled plants to be reopened. GM officials are asking that employees pay a larger portion of their health care costs and to increase workforce productivity. In day three of the strike, GM shifted employee health care costs to the Union.

In a press statement, the Union said the autoworkers are calling on the Big 3 automaker to recognize the contributions and sacrifices that the company’s UAW members have made to create a healthy, profitable, industry.

“We stood up for General Motors when they needed us most. Now we are standing together in unity and solidarity for our Members, their families and the communities where we work and live,” said UAW Vice President Terry Dittes.