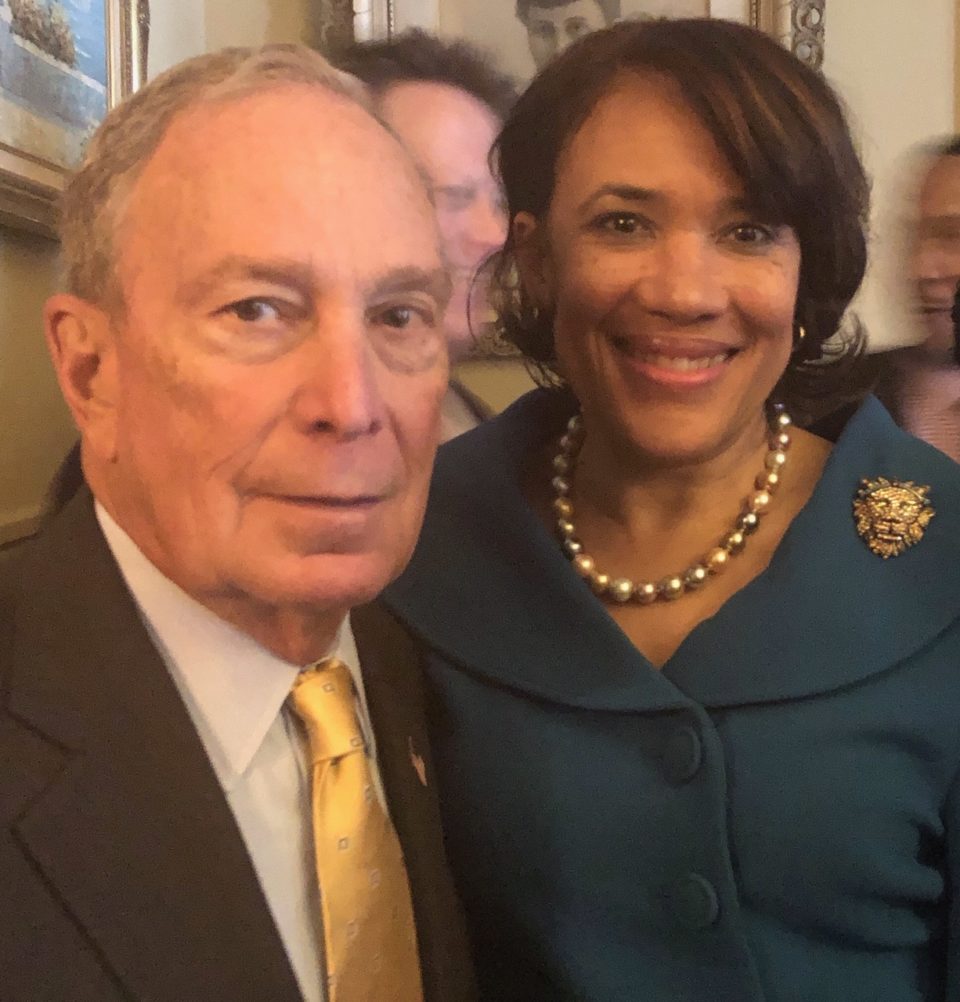 Dr. Karen Williams Weaver made history in 2015 by becoming the first female mayor in the city of Flint, MI. Her platform, both during her campaign and throughout her tenure as mayor included infrastructure improvements and economic development for Flint residents. After losing her bid for re-election, in November 2019, The Flint Courier News caught up with Dr. Weaver to find out what’s next for her, and to ask about reports that she is joining the Mike Bloomberg Presidential Campaign. Here’s what Dr. Weaver had to say, in her own words;

Courier:  People have been asking what’s next for you. Can you tell us a little about what you’ve been working on?

Dr. Weaver:  Well, I’ve been cooking, cleaning and locating items in my house that I lost but had no time to look for, and I took some time to simply relax and laugh with friends and family. In all seriousness, I really just gave myself the right to rest, reflect, and prayerfully decide how I could best serve people, community, and country. We are at a pivotal time not just here in Flint-but across this country, and I wanted to make sure that my next move would be most impactful for Flint and other communities like Flint. I’ve learned a lot working in the health care field as well as serving as the mayor of Flint, which has faced one of the most horrific economic downturns, public health crisis, environmental injustice, and infrastructure disasters in our lifetime. Looking at all of that made me decide that I needed to use my voice on a larger platform.

Courier:  What influenced your decision to join the Bloomberg team?

Dr. Weaver:  When I got into office, Flint was in a water crisis and Mike Bloomberg stepped forward to make sure that I, as mayor, had access to information and resources to help navigate our way through the situation that we found ourselves in. He made sure that I had a seat at the table so that our voice could be heard all across country. This was at a time when we didn’t have the financial resources to be able to do this. He did this quietly, in an unassuming way, not looking for accolades, but looking at the need of our community.

Courier:  How do you think Bloomberg’s economic plan will impact the African American community?

Dr. Weaver:  Well, I can tell you from the economic plan that he has put in place, it would be great not just for Flint, but for African Americans all across the country. Mike Bloomberg recognizes that African American wealth creation is tied to past and present racial inequities, and he says that is what has to change. He has a strategy to close that wealth gap. His three big goals are: 1. Help a million more Black families buy a house to counteract the effects of redlining and the subprime mortgage crisis, 2. double the number of Black-owned businesses and 3. help Black families triple their wealth over the next ten years to an all-time high.

He has committed to Congresswoman Sheila Jackson Lee to support her bill to create a commission to examine the issue of reparations as well as several other initiatives that he has discussed. He wants to expand Head Start , Early Head Start and increase funding to HBCUs (historically Black colleges and universities), just to name a few.  I’m very impressed with what he wants to do for Black America as president of the United States.

Courier:  I’ve heard you say in many interviews that when you were first running for mayor you told people that you will use your voice. Now that you’re on the national stage, how are you planning to use your voice?

Dr. Weaver: You are right, that is one of the things I have said and will continue to do. I think if you talk to Mike Bloomberg he will tell you one of the first things I talked with him about was infrastructure and he has an impressive infrastructure plan for the country that brought a glow to my eyes. His plan will bring us into the 21st century regarding infrastructure. It’s all-encompassing. We’re talking about airports, broadband, our freight system, clean water and clean air!  It’s exciting to have someone thinking this way who doesn’t just give lip service. I believe he will get it done. I’m honored to be able to go around the country and use my voice to help former Mayor Bloomberg become the 46th President of the United States of America!

Day before Ruben Burks is buried, his son reminisces