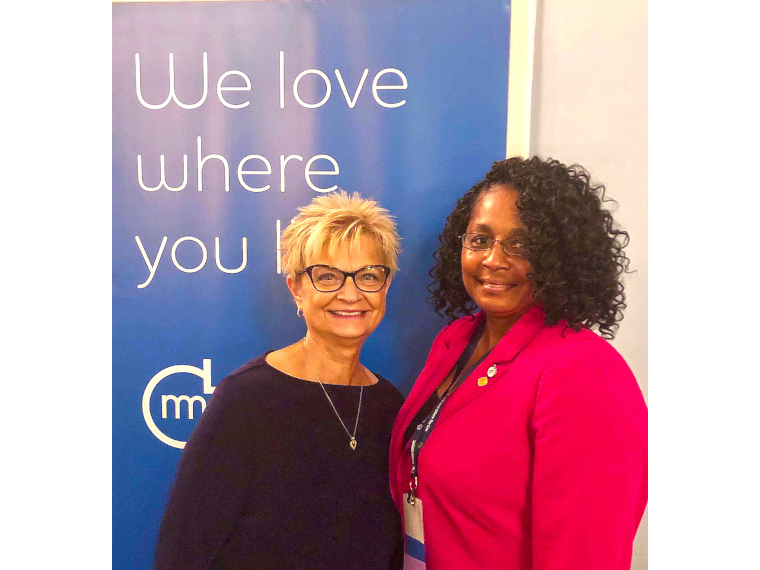 Galloway was selected board president by the 18-member Board of Trustees recently during the League’s Convention in Grand Rapids. The Board also named Sterling Heights City Councilmember Barbara Ziarko as vice president. Ziarko is now in line to become League President in 2022-23.

Galloway said her journey to serve as the League’s Board president wasn’t typical because she got started with the statewide nonprofit organization as a requirement. Eight years ago, when first elected to the Flint City Council, the city was under an emergency manager who required councilmembers to become Level 1 graduates of the League’s Elected Officials Academy (EOA). So, she did what was required, but found immense value in participating in the MML and stuck with it even when it was no longer mandatory. She has since become one of  just a dozen league members to complete all four levels of the EOA.

“The MML has been a lifeline for me,” Galloway said. “I’ve learned so much in terms of how to become a good community leader and local legislator. Now, to have the opportunity to be in a leadership role with the very organization that helped me so much is just amazing. It’s such an honor. I serve on a board with amazing leaders and to receive their confidence is very humbling.”

League CEO and Executive Director Dan Gilmartin said the organization and membership are in good hands with Galloway and Ziarko at the helm.

“The League is fortunate to have Monica and Barbara as leaders of our Board,” Gilmartin said. “The depth of their varied experience, savvy and knowledge will help elevate our organization in the next year as the League assists municipalities to build community wealth, emerge from the pandemic and invest in the future in ways that enhance the human experience for everyone.”

Monica Galloway has represented Flint’s Seventh Ward on the City Council since 2013. She is the first African American and first woman to hold that position. She has served on the MML Board since 2019.

In 2020, she was honored by the League with its Ambassador Award recognizing exemplary service. The award is given to MML members who successfully complete all four levels of the League’s Elected Officials Academy (EOA) program. She also serves as vice president of the EOA Advisory Board.

Born and raised in San Diego, CA, she and her Flint-native husband and two sons relocated to Flint in 1995.

As League president, Galloway said she plans to continue the nonprofit organization’s work in building community wealth and encouraging diversity, equity and inclusion in municipalities throughout the state. She is the 10th League President from Genesee County and the fifth from the city of Flint since the MML was founded in 1899. The last president from Flint was in 1990—former Flint Mayor Woodrow Stanley.

“To be here 31 years after Mayor Stanley is amazing,” Galloway said. “I will do my absolute best not just to represent Flint and Genesee County, but to represent our entire state.”

Michigan Municipal League is dedicated to making Michigan’s communities better by thoughtfully innovating programs, energetically connecting ideas and people, actively serving members with resources and services and passionately inspiring positive change for Michigan’s greatest centers of potential: its communities. The League advocates on behalf of its member communities in Lansing, Washington, D.C., and the courts; provides educational opportunities for elected and appointed municipal officials; and assists municipal leaders in administering services to their communities through League programs and services. Learn more at mml.org.

City offices closed and trash delays due to holidays