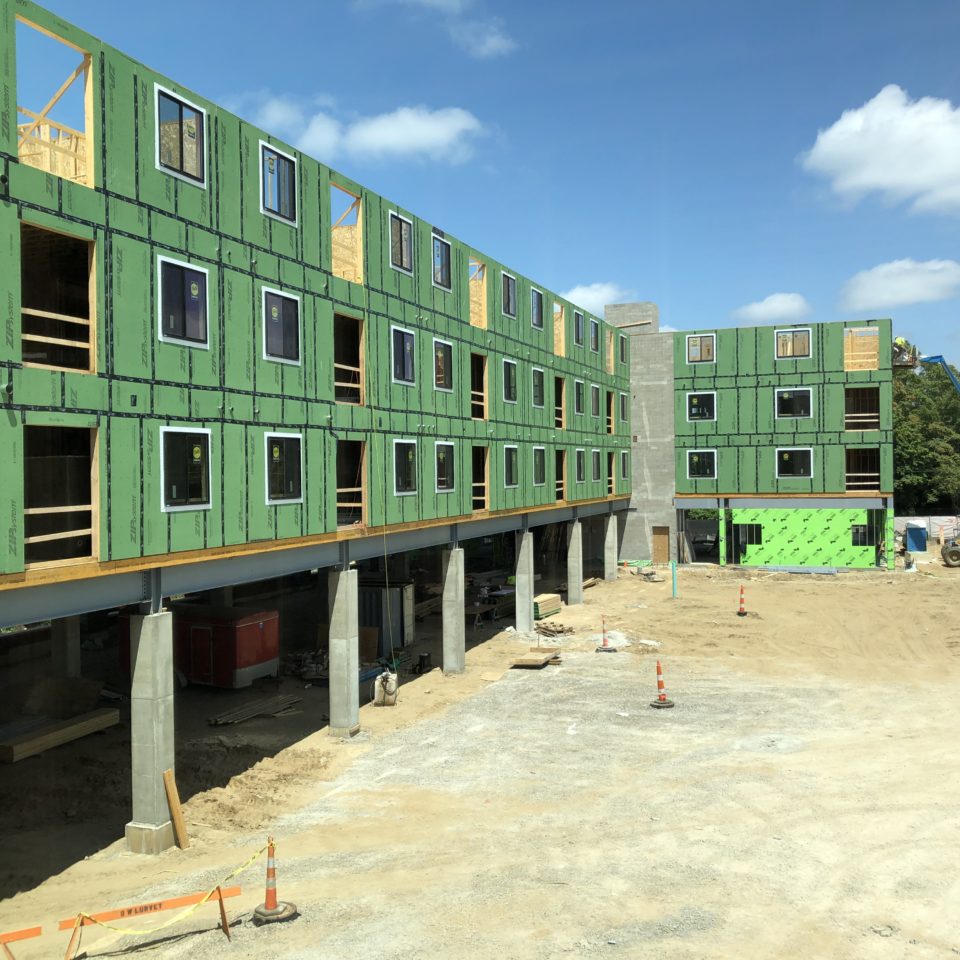 Local stakeholders were given a first-hand look inside the new Marketplace Apartment Complex in downtown Flint.  On Tuesday, July 16, PK Companies and Uptown Reinvestment Corp. hosted a tour of the redevelopment project, which is underway on the site of the former YWCA building on East 3rd Street. Once complete, the project will feature 92 units comprised of a four-story mixed-use apartment building and townhomes. The apartment building will also feature three retail spaces on the ground floor level.

Uptown Reinvestment CFO Stephanie Fenton said the project is a response to the growing demand for downtown living in Flint.

“The Marketplace will increase the number of residents living downtown, increasing foot traffic while generating new business for area merchants and helping to boost the city’s overall economy,” said Fenton.

“We should have all the units available for move-in by January 2020.  I think in the apartments, we’ll get a mix of new married couples, young professionals and college students. I think the way the townhomes are laid out we’ll be getting more families and we’re hopeful.  We really want to do a cool community event at the end of the year and then have people come in and do a big open house,” she said.

The project is being financed with tax credits allocated by the Michigan State Housing Development Authority, a Community Revitalization Program grant from the Michigan Economic Development Corp., foundation grants, a conventional mortgage and developer equity.