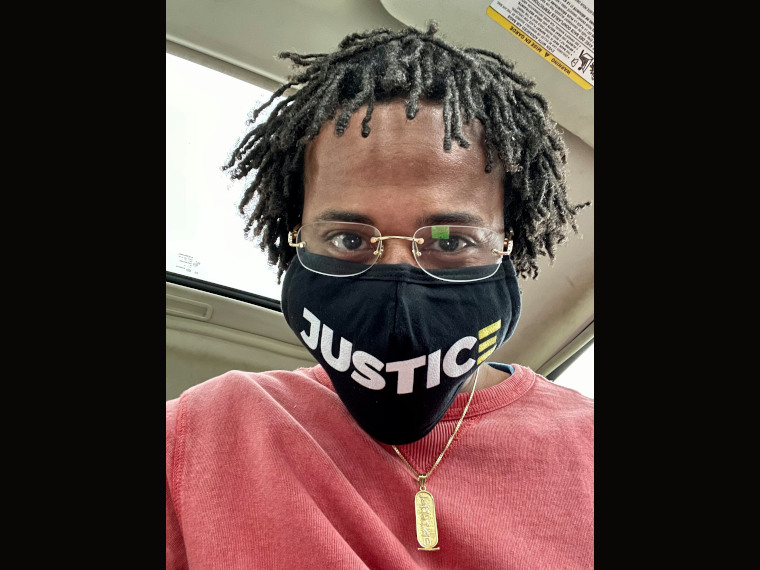 DeWaun E. Robinson; Flint’s Black Lives Matter chapter leader, has been encouraging Flint and Genesee County residents to realize how is important to be part of the process to understanding how the work can be done on ground in our own communities. Robinson is not alone in saying leadership has taken the pandemic lightly.

Robinson said regardless of how individuals may be feeling about the choices or the circumstances, what needs to be done are for everyone to “rally behind and say we’re going to do this together.”

“We have to get Trump out the White House,” he said.

Robinson said regardless of the fact both Democrats and Republicans have flaws and there is a flaw in the whole system, Flint residents and others are responsible for holding elected officials accountable for their actions.
He said they were asking everyone to “vote today.”

“You don’t have to wait until November 3 to cast your ballot.”

Robinson also suggested individuals follow up and make sure their votes are counted.

“Get out there and vote and make it happen, and denounce racism. Denounce discrimination. Denounce failed leadership. Take priority over life. Ensure that we protect one another. Ensure that we are part of this process and we just don’t let this chance pass us by. This is a time for us to establish what we want to look like for our future. We’re not just doing this for ourselves…We have to set this up for the future.”

The reason cities like Flint continue to struggle is not because Democrats have failed to act, according to Congressman Dan Kildee (MI-05). Kildee asked Flint residents and others to look at the legislation passed through the House of Representatives, in which the Democratic Party won a majority in November 2018. He asked they look at the most recent coronavirus bill, saying this would provide really significant, direct support to the city of Flint; financial resources that would go directly into rebuilding the city and providing necessary services. Kildee said it is Donald Trump that has stood in the way for direct relief for Flint and other cities disproportionately being hit hard not just by coronavirus but by the more chronic problems these cities face.

“The reason that we have not seen more direct support for these communities that struggle is because Democratic bills pass in the House and they die in the Senate,” Kildee said.

Kildee said to look at the facts-plain and simple.

“When it came time to stand up for hard-working men and women of the automotive industry, Donald Trump, Mike Pence-all the Republicans opposed the Obama-Biden Auto Rescue that saved thousands upon thousands of Michigan jobs,” he said.

Kildee pointed out 226, 000 Americans are dead due to the coronavirus; the most of any country in the world.

“Nine months into the pandemic, Mike Pence; the head of the Coronavirus Task Force, still doesn’t have a plan. COVID-19 cases are rising in the vast majority of states, including right here in Michigan. Yet, the White House has all but given up on protecting you. The president’s own chief of staff said ‘we’re not going to control the pandemic.’”

Kildee referred to a case challenging the constitutionality of the landmark health care legislation known as Obamacare.

“Just a week after the election the Supreme Court will hear arguments from Trump’s administration as they seek to eliminate healthcare for millions of Americans-in the middle of a pandemic. “