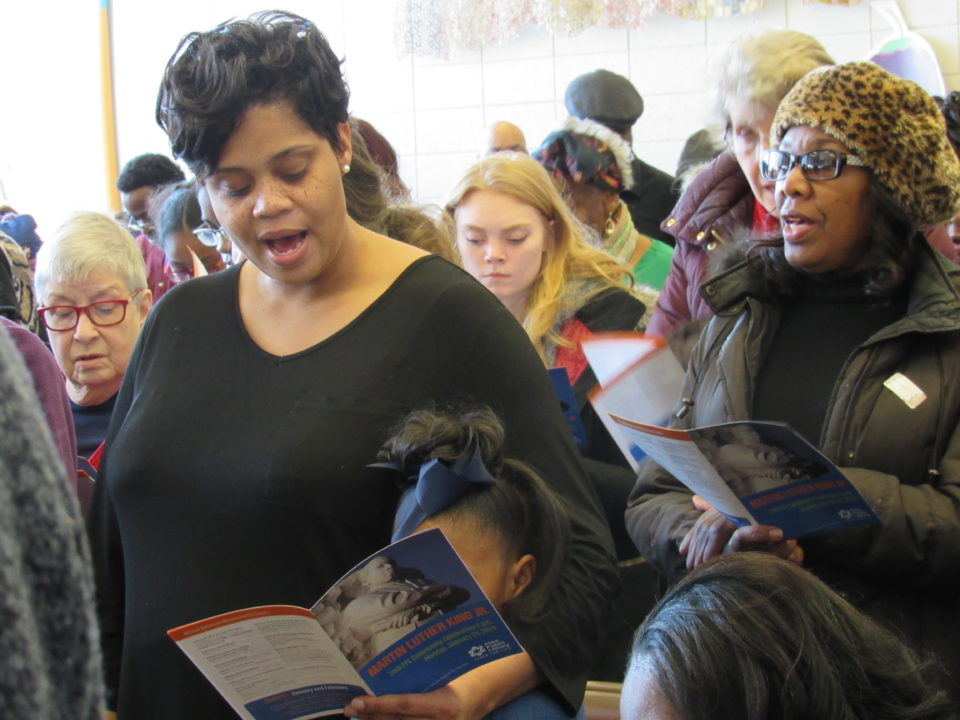 Dr. Gail C. Christopher told a capacity audience that Dr. Martin Luther King, Jr. envisioned a nation that would one day reject the deeply held beliefs created by racism. She was the keynote speaker for the Flint Public Library’s 34th community celebration honoring the life and legacy of Dr. King.  As an award-winning social change agent, Dr. Christopher is the driving force behind the Kellogg Foundation’s America Healing initiative and the Truth, Racial Healing and Transformation effort.

“In addition to his life and legacy, his dream was for us to jettison the false ideology of a hierarchy of human value,” said Dr. Christopher.  “I came to the conclusion that we had to deal with the belief system because what we believe really determines what we do,” she said.

Dr. Christopher went on to say that this country was built on the false idea that the human family could be grouped into a hierarchy based on the absurd notions of how one looks.

“That our physical characteristics determine our value and our worth as human beings, that’s embedded in America’s DNA. What we have to do is acknowledge the tremendous harm that that belief system has caused. We can’t get rid of the belief until we unpack it and face it,”  Dr. Christopher said.

The event emcee was Matt Franklin, anchor at ABC12. Musical guests included, K & A, musician Katai Harris, and vocalist Adam Baker. There was also a dance presentation by the Creative Expressions Dance Studio and a salute to Dr. King by the Gamma Delta Kudos sponsored by the National Sorority of Phi Delta Kappa. The day’s activities also included an opportunity for children and their families to make a peace craft.

Michigan to enter next phase for COVID-19 vaccinations Monday