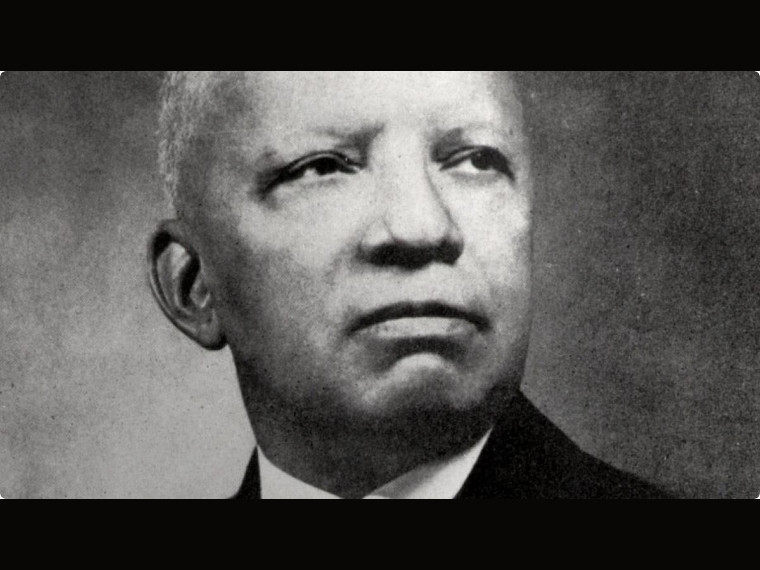 Dr. Carter Godwin Woodson is known as the “father of Black history” and is credited with launching Negro History Week. Negro History Week is considered the foundation for what we now know as Black History Month.

Woodson was born in December of 1875 in New Canton, Buckingham County, Virginia to poor parents who had previously been slaves. Helping on the farm took priority over formal education.

However, with encouragement from his father, through self instruction, Wilson was able to master the fundamentals of common school subjects by the time he was 17. At age 20, Carter entered Douglass High School. He was able to receive his diploma for a four year curriculum in less than two years.

About two years later, Woodson began teaching in Winona, Fayette County. He later returned to Huntington to become the principal of Douglass H.S. He also went on to receive his Bachelor of Literature degree from Berea College, Kentucky and had the opportunity to serve as school supervisor in the Philippines. He also traveled throughout Europe and Asia and studied at the Sorbonne University in Paris. He received his M.A. from the University of Chicago, and finally a Ph.D. in history from Harvard University.

Woodson was a Black author, editor, publisher and historian. He wrote several scholarly books on the positive contributions of Blacks to the development of America, in addition to magazine articles which analyzed these contributions and their importance to society. He, along with friends, in Chicago established the Association for the Study of Negro Life and History. In addition, he published the Negro History Bulletin and influenced many other Black historians.

In 1976, Negro History Week expanded into Black History Month. Because of Woodson’s strength, courage, dignity and determination, more Americans and people around the world of all races are starting to appreciate and be aware of the beauty of Black culture both today and yesterday.

3 Tips to Own Your Financial Outcome in 2021

Protesters “take over Saginaw Street” to make their voices heard