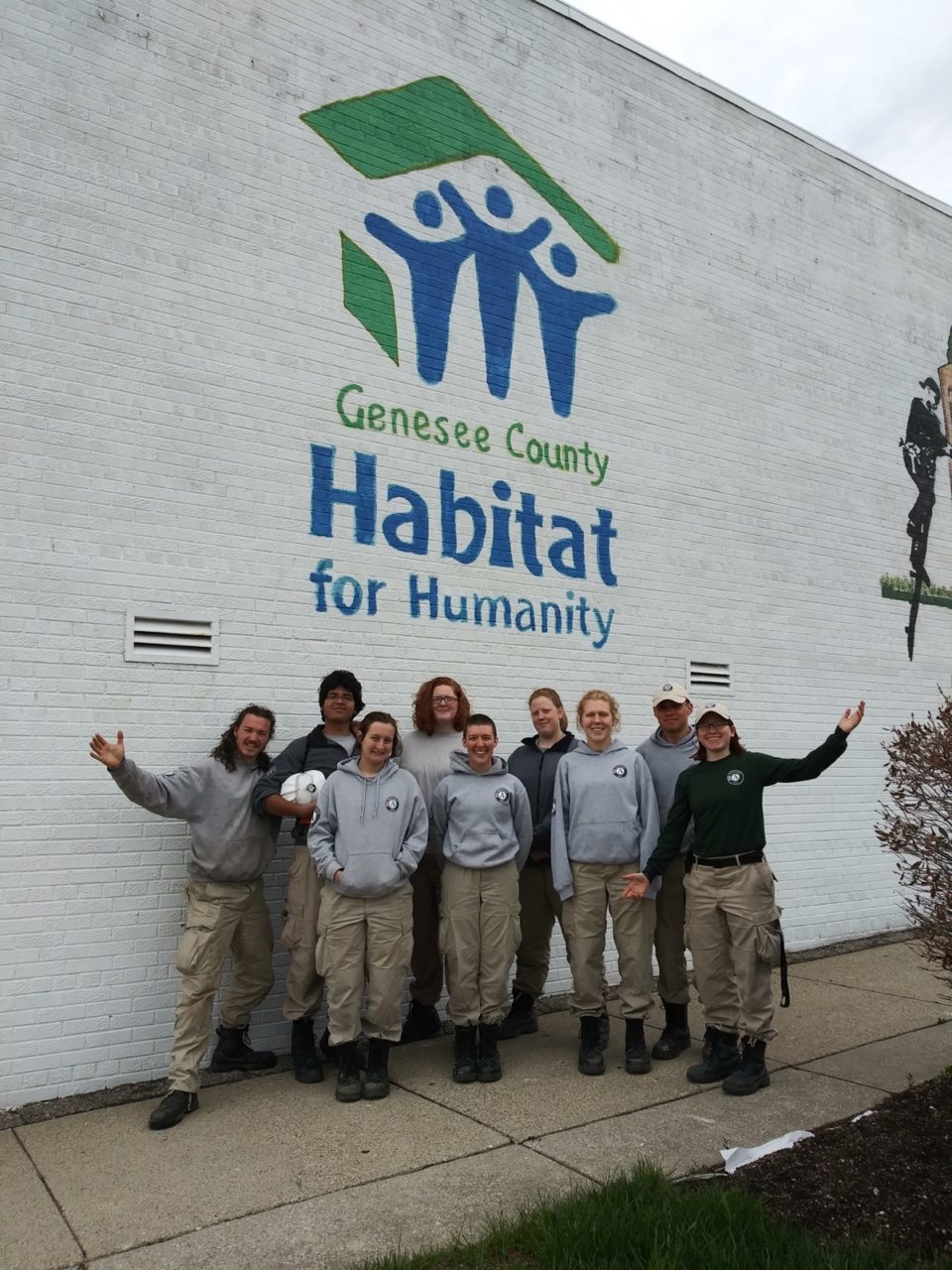 An AmeriCorps NCCC (National Civilian Community Corps) team is serving with Genesee County Habitat for Humanity (GCHFH) from May 7 through June 23. The team is assisting with the construction of four new homes in various stages of new construction.

The AmeriCorps NCCC team of nine from the North Central Region campus in Vinton, Iowa is helping in the construction of single-family homes, a work-live unit in which the homeowner will live in one space and operate their business in another, and a multi-unit building. Additionally, the team is assisting with the installation of outdoor gym equipment at Memorial Park and other Neighborhood Revitalization tasks.

Through their service, AmeriCorps NCCC members are improving the communities physically, as well as boosting the general morale.

“Flint is both everything and nothing like I expected. The community is full of passionate people and a heartfelt community. I’m really excited to be able to help GCHFH with home construction and learn some new skills and have some new experiences on this project,” said AmeriCorps NCCC member Maddy.