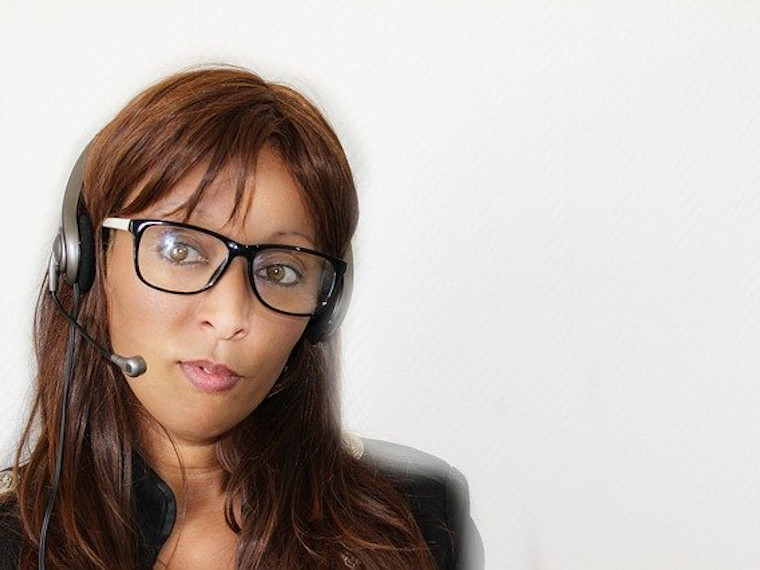 Image by nadine coco from Pixabay

Organizations across the state – including businesses such as Verizon and DTE Energy, nonprofits such as the Genesee Health Plan in Flint and Michigan chapters of the Delta Sigma Theta, Inc. and Alpha Kappa Alpha, Inc. sororities, as well as hundreds of private citizens including Port Huron high school students -are answering Michigan’s call for help to promote the 2020 census as virtual phone bank volunteers.

Leaders of Michigan’s “Be Counted” awareness campaign to support the 2020 census last month issued an “urgent” statewide appeal asking for more businesses, nonprofits and individuals to sign up to serve as volunteers from home in virtual phone banks that encourage filling out the form.

“The response to our plea for help over the past several weeks has been overwhelming and truly inspiring,” said Michigan Statewide Census Deputy Director Dichondra Johnson, who is coordinating the state’s “Be Counted” phone bank program.

“Because of the coronavirus pandemic, all 2020 census field operations were suspended, and that has significantly delayed our effort to ensure all Michiganders are going to be counted in 2020,” said Johnson. “The state of Michigan is grateful and applauds the willingness of employers, employees, young and old alike to step up and offer their time, talent and expertise to ensure all Michiganders are counted in the 2020 Census.”

The “Be Counted” campaign’s push to expand its virtual volunteer phone bank effort comes as census organizers across Michigan are still looking to resume the grassroots activities, constituent outreach and community events that were on tap before the spread of COVID-19 forced the cancellation of those plans.

The traditional door-to-door census takers won’t begin following up with nonresponding households until August 11 across the U.S., according to the U.S. Census Bureau’s current plan. The timeline for outreach activities related to the 2020 Census have been pushed and extended due to COVID-19.

That makes innovative tactics like virtual phone banks essential to Michigan’s push for all residents to respond to the census. Statewide, more than 4.3 million Michigan residents are estimated to be hard to count or less likely to complete the 2020 census, as measured by federal data on expected response rates.

“It’s important to educate people about the census because the count determines the level of government resources that go to communities, and it also determines our representation in Congress,” said Dorothy Parker, chair of Delta Sigma Theta Sorority Benton Harbor-St. Joseph Alumnae Chapter’s social action committee.

Detroit-based DTE, for example, began using its internal volunteerism platform to offer opportunities for employees working remotely during the pandemic to serve in the “Be Counted” virtual phone bank in April. DTE employees have already started their training to become virtual phone bank volunteers and the company will continue to encourage employees to participate in the coming months.

Verizon, meanwhile, is challenging its workforce to donate volunteer hours to assist the “Be Counted” campaign’s virtual phone bank operation as part of its overall campaign to collectively donate 2.5 million volunteer hours by 2025 designed to purposefully impact the communities in which Verizon employees live and serve.

In addition, groups are varied as the Genesee Health Plan in Flint and the Talented Tenth Youth Group comprised of about 20 Port Huron high school students have had its employees and members attend “Be Counted” phone bank training sessions online.

The need for virtual phone bank volunteers extends to every region of the state. Statewide, more than 4.3 million Michigan residents are estimated to be hard to count or less likely to complete the 2020 census, as measured by federal data on expected response rates.

“While Michigan is currently tied for third in the country in our self-response rate, numerous Michigan communities are 20% or more below in 2020 participation compared with their response levels from 2010,” Michigan 2020 Statewide Census Director Kerry Ebersole Singh noted.

“That’s why we’re pushing for more volunteers to help us staff the census phone bank while they’re staying at home to help stop the spread of the COVID disease,” Ebersole Singh added.

Prospective candidates interested in registering as individuals or as an organization are required to schedule and participate in a one-hour online training session by visiting https://www.michigan.gov/census2020 and going to the Partner With Us section.

The e-trainings are offered weekly at noon on Mondays and 2 p.m. on Wednesdays. Volunteers who complete the training are provided with scripts and answers to frequently asked census questions that may arise during the conversations.

The push to recruit virtual phone bank volunteers is especially great in cities like Detroit and Flint.

In Flint, the city’s 47.1% completion rate is almost 15 percentage points behind its performance of 62% at this same time in 2010.

Flint and Detroit both had planned to run a major campaign in March, April and May to get residents to fill out their forms. But officials had to cancel a combined total of nearly 200 in-person events in each city once the pandemic hit.

The 2020 census includes just nine questions: name, age, gender, ethnicity, race, number of people in the household, anyone else staying in the house on April 1, 2020, if you own or rent your home and your phone number.

Filling out the 2020 census is more convenient than ever. The form can be completed by mail, phone and – for the first time – online. All information shared on the census is 100% confidential and helps determine federal funding for health care, education, senior programs and other services Michiganders rely on every day. An accurate census count also determines how many seats Michigan has in Congress.